Part of the Write Now Festival at the Unity, showcasing up and coming playwrights and practitioners in a series of new one act plays, ‘Hovering on the Edge’ by Brian Brown is a shining example of the rising talent that the festival has to offer. Directed by Liverpool University’s own Rio Matchett, the play focuses on young men David and Shaun as they try and scam the Air Ambulance out of charity donations, raising important issues of class and questions the true merit of charity whilst remaining lighthearted and humorous throughout.

Paul Holliday’s gift for voices in the role of Shaun left the audience in stitches, whilst Jamie Vere portrayed David with an understated excellence that lent realism to the story; the dynamic between the two boys was a joy to watch. The progression of the boys emotions formed a fluid and believable plot, and happiness and rage where perfectly pitched and never overdone, creating sympathetic but fallible characters.

The production made the most of limited staging options, the use of a few bikes, sound effects and a high-vis creating a three dimensional world outside of the dialogue that allowed the audience to fully suspend their disbelief. The use of a voiceover to portray additional characters was a clever one, although the technique didn’t lend itself to longer speeches and at times felt a little clunky. The use of clubbing music to mark transition between the scenes added a youthful energy to the piece, although in one instance, classical music was interrupted by Holliday’s character speaking directly to the audience about his dislike of the genre, breaking the realism in a way that seemed a little incongruous and I felt detracted from the narrative.

As you watch, you can feel that this is a play that is still growing and developing, and as such is full of vitality. A genuinely enjoyable and funny play beautifully realised. 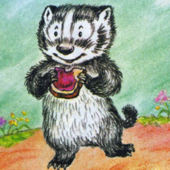 Frances is a 2nd year English student who divides her time between a love of sketch comedy, an inhuman amount of tea drinking and very occasionally, a lecture or two.

What’s On: This January at the Royal Albert Dock