Hosted by local compère Pete McCole, whose frank humour and crowd antics got everyone warmed up for the show, LGoS’s new weekly Comedy Club got off to a roaring start this Thursday.

Part of the Welcome Week festivities, the début show drew in a big crowd, freshers and refreshers alike. Despite being in a marquee under less-than-optimal weather conditions, the comedians – McCole, Jollyboat, Harriet Dyer and Daliso Chaponda – kept the audience on board until the end.

First on, Liverpool’s own comedy rockers Jollyboat stole the show and kept the crowd in hysterics – highlights included a pirate pop medley and a love song coupled with keyboard shortcut puns. The brothers, Ed and Tommy Croft,  have earned themselves a cult following here and it’s easy to see why.

Harriet Dyer kept the audience on their toes with her boundless energy and edgy humour, no holds barred. While it wasn’t always to everyone’s taste  she had a real voice, personality in spades, and it was great to see a female comedian taking the floor.

Headliner Daliso Chaponda rounded off the night with a smooth set that talked politics, race and romance with equal ease. The Malawian comedian really connected with the crowd and his amiable style ended the launch on a high note.

If the first show is any indication Comedy Club should be a real success over the next year, and a really welcome addition to the Guild’s events programme – I’m already looking forward to the next one.

Comedy Club will run every Thursday at 7pm at the Pub, 5 Abercromby Square. 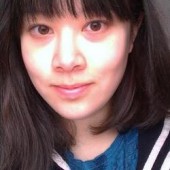 Romeo and Juliet at the Capstone – Preview