Look who’s turned their MOJO on

MOJO bar in Liverpool City Centre have officially unveiled their brand new and exclusive food menu ‘Mojo Eats’ as of this September. The new menu has a variety of typically American snacks and light bites – perfect for those sophisticated evenings out with friends and family alike! Here at LSMedia, we were given the chance to be one of the lucky few to try out this brand new range of food!

The evening started by nibbling on some beer battered dill pickles, marked as ‘top beer snacking’. The pickles accompanied with the Cusquena beer was a great mix, with my companion adding that it was “one of the best beers I’ve ever had”.

Shortly after, our table was covered with a range of delicious American snacks. Firstly, we were given three sliders (which are described as ‘the little cousin of the classic American Burger. Not as big, but just as tasty’) appropriately named for a Rock ‘n’ Roll themed bar, AC DC, Pink Floyd and John Lee Hooker.

My favourite by far was the delectable AC DC which consisted of ‘Crispy fried shrimp finished with Tartare sauce’ with some lettuce and tomato added for a final touch. Shortly after, our Macca’s Wings (crispy chicken wings with Mojo’s homemade Louisiana  style wing sauce – be careful if you are sensitive to spicy foods, this is not for the faint hearted!) and The Cure Deli Board (a selection of cured meats with sourdour bread, sweet pickles and mustard) arrived.

The chicken wings were without a doubt some of the nicest chicken wings we had ever tried, and the extra touch of the sweet pickles on the side of the deli board was the cherry on top with all of the flavours complimenting each other.

The best, however, was yet to come! Just before it seemed as if our stomachs would burst, we were presented with the delightful Hard Shakes (alcoholic milk shakes) named Barrel Aged Milkshake and Cherry Amaretto Coke Float. Whilst the Barrel Aged Milkshake focused on the flavour of Bourbon with maple syrup and vanilla, Cherry Amaretto Coke Float included MOJO’s own homemade cherry coke float with Amaretto and was the highlight of the evening. If you have a sweet tooth like myself, this is not to be missed! The cherry coke flavour complimented the Amaretto beautifully, with the wonderful added touch of the float (or ice cream) this was an ideal dessert.

When talking to the owner, Mal Evans, it was clear that his passion for this food contributed vastly to the high quality of each dish that was sampled. When talking about the theme of the food in question, it was not surprising that he said this was “the kind of food you would get in New York” but interestingly also that he “took inspiration from bars in Amsterdam” which shows in the décor of the entire bar itself.

The launch of Mojo Eats will no doubt be a strong success, catering for both students who enjoy good food and drink but also to the general public as there is a welcoming and cheerful atmosphere combined with high quality food!

To find out more about this location, along with MOJO Leeds and MOJO Manchester, visit www.mojobar.co.uk 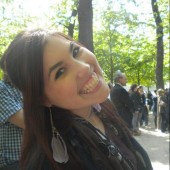 The Halloumi Kebab Has Arrived In Liverpool