Richard Curtis, celebrated Britcom writer, has stated that he does not intend to make another film.

This is perhaps no surprise when his latest movie, About Time, is in essence about “spending your time in as delightful a way as possible”.

But if this is truly the writer’s swansong, does it hold up to his previous cinematic successes?

The plot centres around a young man called Tim Lake, played by Domhnall Gleeson, who you might recognise as Bill Weasley from the Harry Potter film franchise. He is told by his father (Bill Nighy) on his 21st birthday that the men in their family are blessed with the ability to time travel. His father quickly skirts through the typical time travel rules; no killing Hitler and so on, before we are released on a bumbling rom-com journey.

I say ‘bumbling rom-com’ because firstly, Tim is encouraged to use his time travel powers to boost his love life and to “get a girlfriend”, and secondly the storyline follows the classic romantic back and forth between blunders and triumphs that have become a staple in a Richard Curtis film (this being the man who wrote Four Weddings and a Funeral and Love Actually).

Although a vast improvement from the writer’s previous release, The Boat That Rocked, some viewers may think that About Time does not equal the likes of Notting Hill or Four Weddings, and in some respects they would be right. After the main drama is over and Tim has settled down with the love of his life Mary (Rachael McAdams), the storyline begins to lull before gaining emotional momentum again towards the end.

Although frequently witty with lines that often prompt some big laughs, there is an absence of that typical humour that was so central in other Curtis films, for example the eccentric exploits of Will’s roommate Spike in Notting Hill.

However, Curtis’ films were never noted for being particularly polished and About Time is most importantly enjoyable, feel-good and even tearful – isn’t this what we watch a Richard Curtis film for? There is a real tenderness between Nighy and Gleeson and the film should be most commended for this exploration of that sometimes awkward father-son relationship which is wrapped cosily in the overall message of carpe diem. 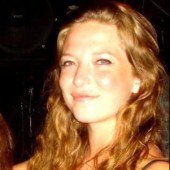 Izzie is an English Literature and History student at the University of Liverpool. She is passionate about all things literature and plans to travel the world.

Star Wars: The Force Awakens – What the trailer told us