We caught up with Sasha, lead singer of the psychedelic garage band Splashh to ask him about their new album Comfort, what it was like sharing a stage with The Rolling Stones and what was next for the band.

You all came from different countries and places how did you get together?

I met Toto when I came to London a few years ago in 2010 through mutual friends, he was playing in a band at the time with Tom who plays bass and we just kind of hung out until I had to go back to New Zealand. I moved back over (to London) just recently after new years at the beginning of 2012 and met up with Toto. I just started writing with him and it all kind of came together. I know Jacob from New Zealand, I’ve been friends with him for a long time. Jake was the last person to join the band, we needed a drummer and I was just like ah I know somebody so we just flew him over last minute it was good fun.

Congratulations on your new album Comfort where does the name come from?

I was sitting at my Mum’s house in Sydney and I felt pretty comfortable. It sounds like a good word and it’s inspired by New Order, how they just had the one word, I don’t think it needs to be a long thing. We also wrote all of the music in Toto’s room and it just seemed to sum the record up quite nicely.

The album is entirely self produced and recorded in your bedrooms, what made you decide to take that approach?

Toto’s been playing around with producing stuff for a long time and we just kind of wrote it like that, it just seemed easy. We didn’t think of it like we were writing an album it was just kind of a collection of songs that we recorded over the last year in Toto’s room. We tried to work with different people but the songs came back without the same charm as the demos.

Where did the album artwork for Comfort come from?

A good friend of ours from Australia Leif Podhajsky did it. He’s wicked. He did stuff for Tame Impala, Toys, some stuff for The Horrors and Foals. He seems to be killing it at the moment and his stuff suited what we wanted. He’s pretty onto it.

The album has been released in the US and Australia, how’s the reception been and what’s that been like?

I think it’s been good, we’ve had the songs out for so long now, the album came out in America a while ago, we don’t see it as our big debut record we’re more excited for a next record where it’s more of a cohesive album written as an album. I’m just glad it’s out really and that people seem to be enjoying it. There’s always going to be someone that doesn’t like it but you can’t really think about that.

You did a big festival run, how do festivals compare to playing venues, do you have a preference?

It depends on where they are. It’s good fun because you get to rock around in one giant party.

Speaking of festivals, you supported the Rolling Stones this year at Hyde Park, how was that?

It was pretty crazy to be able to share the same festival as them, pretty wild, and it was a super hot day. We snuck my friend in on a golf buggy, sent him right through, it was great.

Who are you listening to at the moment, are there any good bands that we should know about?

We’re always listening to Deer Hunter at the moment and always The Beatles. Jake is going through a big Beatles anthology right now. We listen to Tame Impala too, the usuals.

If you could cover a song what would it be?

We were going to cover Instant Karma by John Lennon maybe even Foxy Lady by Jimmi Hendrix.

What can we expect from your live shows?

I think it’s a bit louder in real life, we try to extend our songs and fill space with them, and we just try to play as hard, intense and as loud as possible. Quite atmospheric, expect to go to space.

What’s next for Splashh?

These are going to be our last shows for a while, we’re going to take some time off go home and try to figure out what the next chapter will be. We’re pretty excited for the next record there’s definitely a new direction, you’ve got to keep it interesting you can’t just do the same thing, we just need to figure it out. We’re excited. 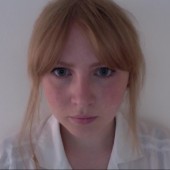