On 10th October, Liverpool’s The Bluecoat was privileged enough to be one of the ten venues which welcomed a tour organised by the Poetry Book Society, in celebration of the twentieth anniversary of the T S Eliot Prize.

The Bluecoat is a fantastic historical venue, showcasing much of the creative arts, smack-bang in the city centre. The event was relaxed and intimate, held in a small theatre just next to the Bluecoat Bar, perfect to grab a quick drink and chat during the interval.

Andrew McMillan is a twenty-five year old Barnsley born poet, who lectures in Creative Writing at John Moores University, and was named a ‘New Voice’ at Latitude Festival last year. His chatty, modest approach was the perfect ice breaker to the event, and his poetry proved extremely accessible, dealing particularly with sexuality, in an admirably honest and moving way.

McMillan was followed by Maura Dooley, whose poetry explored the difficult transition from countryside to city, interspersed with observations about the minutiae of human interactions. Her reading also included a longer extract from a piece inspired by water. Dooley has been a past judge for the T S Eliot Prize, and currently lectures in Goldsmiths University.

After the interval, a nervous Sam Willetts took to the stage and his first poem, about a pivotal and moving childhood incident, had the audience bowled over with its unshowy frankness. Most of his poems were hard-hitting, dealing with grief, addiction and homelessness. Yet Willetts kept the mood light in between readings and his unpretentious style certainly struck a nerve amongst the audience. A recovering heroin addict, he has since been shortlisted for the Forward Prize, the Costa Prize and the T S Eliot Prize.

The final poet and former winner of the T S Eliot prize, George Szirtes came to England as a Hungarian refugee in 1956. His charismatic and slightly eccentric performance left little time for chit-chat in between readings, and included a fantastic poem about all the gimmicks contained within a joke shop. Szirtes ended his slot with a wonderful high-speed poem about colours, featuring mostly made-up words, spinning us through the spectrum in an imaginative Dahlesque manner. It was a colourful end to a great evening. For future events at The Bluecoat follow the link. 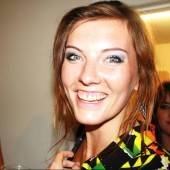 Beyond Watchmen and Judge Dredd: An Interview with John Higgins