They say that a teacher’s purpose is not only giving knowledge to students but, also, filling them with enthusiasm, and being inspiring. But what if your pupils don’t understand you as much as you cannot understand them? ‘Well,’ you say, ‘that is what all the teachers usually have to do – to gain understanding with their students.’ It is always much easier to discuss the topic when you are not involved, but most of you, undoubtedly, would be distraught with the situation the author of this book faced.

Jeremy Dean with his wife Linda, looking for adventure, went to Spain to teach English in an ‘immersion’ school. What can be said with confidence is that adventure was given to them in plenty. The ‘adventure’ started as soon as they realised that their pupils who were supposed to speak English fluently could not understand even ‘What is your name?’, while Jeremy and Linda could understand only ‘¿ Qué?’ which went after every single question they asked their pupils.

Zen Kyu, Maestro: An English Teacher’s Spanish Adventure is a wonderful book full of audacious humour, and all the situations are described in such an astonishingly light manner that even the most awkward and hopeless situations seem to be particularly hilarious from the very beginning.

As the story unfolds, you sympathize with the author and laugh at the ridiculous moments the pupils’ incomprehension causes. Unconsciously you begin to think about such issues like, how to explain to a foreigner, why we get in a car, but on a bus, or how it is possible to be pretty ugly.

At the end of each chapter there is a glossary of quite funny phrases in Spanish which can are not only useful (especially, if you happened to teach English in Spain) but also amplify the comedy of the whole story.

Although,  this book is mainly of an entertaining nature, Jeremy Dean covers many issues, not limited to the arduous economic situation in Spain, which has a huge impact on people’s lives, and there is a wide range of curious facts seen through the comedic and quip nature of the narrative as well.

This book is definitely worth reading no matter what your occupation is, and how much you’re interested in Spanish culture. 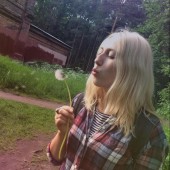 Natalia is currently doing her masters degree in Popular Music Studies. She loves art house and medieval history , but reading classic and contemporary literature will always remain her obsession.

We Strike for Change, for Climate Change