The Importance of the International Festival for Business

Flickr: ihughes22
Liverpool, once one of the world’s most important economic and trading hubs has seen a renaissance in recent years owing to a change in policies and a renewed sense of confidence bolstered in no small part by the city winning the European Capital of Culture in 2008. The city faced a sustained period of socioeconomic decline in the last 30 years of the 20th century.
It has come as a shock to some that Liverpool will be hosting the inaugural International Festival for Business (IFB). This is due to the economic and social decline that previously took place in Liverpool starting from the late 1970s. Years of gross mismanagement of firms, state subsidies, political impasse, loss of competitive advantage in the world economy and a lack of a diversified economy have contributed in no small part in the city’s dwindling fortunes. The course has slowly been changed and the city has started to gain a lot of self confidence, belief, identity and business investments.
The International Festival for Business (IFB) which runs through June and July of 2014 will be a festival for business where prospective leaders look for business opportunities and new markets in the UK. According to the conference website, about £100 million worth of investments and 250,000 business professionals are expected. Judging from all the various predictions, I will go as far as saying that the benefits of the IFB will be more pronounced than expected. The festival brings with it the both tangible and intangible benefits to Liverpool. The Festival could not have occurred at a better time judging by the favourable economic news that the UK economy is poised to be the fastest growing advanced economy in 2014.
The tangible and otherwise monetary benefit of the IFB will be number of jobs that will be created from increased hotel bookings to more restaurant sales. Other direct and indirect beneficiaries of the Festival include local retailers, local students from increased hiring and income, farms in the Merseyside region, museums and pubs to name a few. Recent graduates especially in the sciences should benefit from increased business investments in factories and research and development centres – areas which the Liverpool city region excels very well at. These economic activities will help in boosting the local economy and should raise the standard of living of Liverpudlians.
As with business and business related events, the intangible benefits of the Festival cannot be underestimated. Intangible benefits of the Festival include the international awareness of such a Festival in the city which puts it on the global map of business. This cannot be underestimated especially as CNN, the global media giant, will be the official media partner. The global reach of the network will go round the world and raise awareness of the opportunities that abound in the city. Others include changing the misconceptions about the city nationally which could be hurting business investment. Lastly, it will help the city upgrade some of its infrastructure and facilities which could be useful for the city inhabitants.
As with all opportunities, the hope is that it is not squandered and the city being able to attract foreign capital. 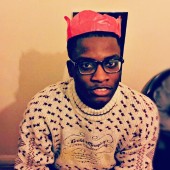