Food for thought at The Brink, Liverpool

Coconut oil is the elixir of life, or so the Paleo devotees will have you believe. Not only is it a healthy and tasty alternative to animal and vegetable oils, it is also a practical alternative to underarm deodorant. As one of the ‘case studies’ eloquently put it ‘I never thought I’d be the girl who oiled her [arm] pits’. At an event which was based on healthy living, tales of oily underarms were just the beginning in a long line of fascinating, eye-opening descriptions of how ridding your body of chemicals, unnecessary fats and refined white sugar makes you happier and healthier.

The event was held at The Brink and had the somewhat confrontational title of ‘Paleo vs Raw’, but anyone expecting a WWF style battle would have been disappointed. Instead, the evening consisted of two incredibly informative talks from Matt Gunn, a Paleo expert from Primal Health Fitness, and Deborah Zaher, a representative of the Raw community. During the interval between the two talks, the team at The Brink served up a delicious Paleo-inspired buffet. Packed with nutrients and full of flavour, this Paleo platter included Asian-style slaw, guacamole-stuffed lettuce leaves, ‘rice’ made from cauliflower and curried sweet potato & mushrooms. It was accompanied by an intensely tasty shot of gazpacho and, in the midst of health-conscious experts, the knowledge that the food was good for me made it taste even better.

Opening the event, Matt Gunn, a self-confessed fitness freak, gently led the audience through the basics of the Paleo lifestyle, bringing two real-life converts on to the stage to illustrate his work. The Paleo lifestyle is based on the Paleolithic era, which ended with the introduction of a more agrarian lifestyle around 10,000 years ago. The Paleo diet is based on the type of foods our cave-dwelling ancestors would have eaten. No processed garbage, no refined anything, just 100% of the good stuff that our hunter-gatherer predecessors could easily digest. Matt’s Paleo point is that the wheats, carbs and grains that the modern man (woman and child) eats are not suited to our digestive system. Human bodies were not designed to digest these processed ‘foods’, and subsequently, they don’t.

The Paleo diet and lifestyle firmly makes its case that eating the wrong sorts of foods for the past 10,000 years have led to the appearance of illnesses. These illnesses range from mild conditions, such as bloating, Irritable Bowel Syndrome and lethargy, to the much more serious, cancer. The idea that we are filling our bodies with the wrong sort of fuel feeds directly into the assertion that fuelling ourselves correctly will help us combat illnesses, and have us running at our optimum levels. To break it down, the Paleo diet and lifestyle states that to be healthy we must take care of ourselves in the same way that our Paleolithic ancestors did. To give our bodies what they need to be firing on all cylinders, we need to get back-to-basics: take in lean meats, plenty of vegetables, nuts and seeds and get some moderate exercise.

The Paleo lifestyle and the Raw lifestyle do not differ too much in terms of the overall message – stop putting rubbish into your bodies! But, although they both tend to agree on the really ‘bad’ foods we should avoid, they differ in their ideas on the food you should be eating. Following Matt’s talk on the Paleo lifestyle, Deborah Zaher took to the stage to discuss Raw food. First on Deborah’s agenda was debunking the myths surrounding the Raw lifestyle, namely the idea that to follow the diet means no meat, raw fish and a big evening meal of carrot sticks. All of these assumptions are, of course, ridiculous, but the prospect of ‘going Raw’ is still rather daunting. Thankfully, Deborah assured the audience that to follow the Raw lifestyle, only 75% of what you eat should be raw, which gives you some flexibility when following the lifestyle. She also assured us that cookies and cheesecake could be prepared according to the Raw diet, as can most other foods, you just have to be creative.

Once Deborah had removed a lot of the mystery surrounding Raw she went on to discuss the benefits of the lifestyle. She has been a devotee of the Raw lifestyle for seven years and, aside from the detox stage which lasted for nine months, she says she hasn’t suffered from anything other than minor sniffles. She also asserts that, through eating Raw, her body has cured itself of Irritable Bowel Syndrome and polycystic ovaries; indeed, she is perched on the stage as an expectant mother. The benefits of the Raw lifestyle show in Deborah’s skin, hair and nails. She has bright, sparkly eyes and she positively radiates health. At one point in her talk she describes these changes in her appearance and attributes them to Raw, whilst joking that, with her shiny eyes and glossy ‘coat’, she sounds like an advert for dog food!

While the physical effects of the Raw lifestyle are fantastic, Deborah says that the main benefits are psychological. After entirely ridding her body of the chemicals and additives from the foods we have all been ‘addicted’ to since childhood, Deborah achieved amazing mental clarity. Once the remnants of ‘crisp butties’, pizzas and refined sugar had left her system, she became energised, clear-headed and calm; a serenity which certainly showed. The Raw lifestyle clearly requires a high level of self-discipline, but if you can stick to it, Deborah is definitely the poster girl for its success.

As a student I was concerned about the cost of following a better diet but, both Matt and Deborah concluded that these diet and lifestyle choices can be done on a budget – if you buy in bulk, cook in batches, portion up meals and freeze them, it can actually work out cheaper than your regular weekly shop. Plus, you can save money on these diets because you are no longer spending it on chocolate bars, takeaways and junk food. Save money, enjoy delicious meals and be a lot healthier? I’ll take some of that! 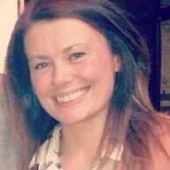 Paula is a first year mature student studying English & Modern History. She is a keen traveller, avid reader and board game enthusiast who likes gardening, baking and watching foreign movies, though not all at the same time.

Deliveroo Deliveries and Other Bargains!