Jake Bugg continued his extensive tour of the UK, fresh off a huge hometown arena gig in Nottingham, by returning to the

smaller venue of the 1,500 capacity Manchester Ritz, situated in a city famed for the iconic musicians it has produced.

The support act, American indie-rock band The Silver Palms, warmed up the crowd with a short set. The promising band from Georgia pleasing the crowd by playing the riff of The Stone Roses classic ‘Waterfall’ between two of their songs.

Appearing punctually at 9pm, 19 year old Jake Bugg walked on to the stage in an all black outfit of T-shirt and Jeans, a humble wardrobe representative of Bugg’s character, and he wasted little time racing into his first song of the night ‘There’s a Beast and We All Feed it’, the lively  opening song on his latest album Shangri-La.

Bugg rattled through a set list filled with classics from his two albums. The capacity crowd sung their hearts out to favourites from his self-titled debut album including the emotional ‘Broken’, and anthems ‘Seen It All’ and ‘Two Fingers’. Later he whipped the crowd into a frenzy with heavier songs off of his new album, including singles ‘Slumville Sunrise’ and ‘What Doesn’t Kill You’- the final songs played before Bugg exited the stage for the first time. Special mentions to the beautiful acoustic second album tracks ‘Me and You’ and ‘Pine Trees’ which were definite highlights of Bugg’s newer material.

After a brief break, Bugg’s encore began with his latest single ‘A Song About Love’, set to become another of his classic anthems based on the response from the sold-out crowd. Bugg was then joined on stage by friend Michael Kiwanuka for the final two songs of the evening. The first was Kiwanuka’s rocking song ‘Tell Me a Tale’, before the two ended the event with a rousing version of Bugg’s hit ‘Lightning Bolt’.

The seemingly shy and soft spoken young man, whose crowd interaction was limited to a mumbled ”thank you” between songs, may need to work on his charisma in order for him to be ready for the larger arena shows and even festival headline slots that are surely within the reach of this young and immensely skilled singer-songwriter. Jake Bugg’s performance showcased the vast amount of talent and potential that he possesses despite his tender years. For Jake Bugg the sky seems to be the only limit. 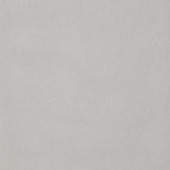 History and Communications Studies Student, Liverpool FC fan and Oasis fanatic; from the town of Middlesbrough