The Liverpool Guild of Students invited a panel of Councillors, MPs and representatives of the student community to discuss cuts to the Disabled Student’s Allowance on Friday 6 June.

As part of their campaign to save the Disabled Students’ Allowance, LGoS have been collecting the stories of disabled students and listening to how the DSA has affected their time at university. Presented to the panel, the members were moved by the students’ stories and have taken photos with the pledge ‘I won’t support cuts to the Disabled Students’ Allowance’, along with the campaign cards:

The Guild has also asked the MPs to sign the Early Day Motion established by David Blunkett, proposing it is debated in the House of Commons.

This was part of a larger campaign arranged by the NUS which included a national constituency-based lobby of MPs on Friday 6 June. Universities across the country took part, from the University of Sheffield to UCL.

Other big Liverpool figures such as Mayor Joe Anderson have also signed the pledge and posted the photos on twitter under the hash tag #DontCutMeOut:

I will not be supporting cuts to Disabled Students Allowance. #DontCutMeOut pic.twitter.com/Viv6XwKdxw

The Disabled Students’ Allowance provides extra funding for the needs of disabled students, such as specialist equipment, non-medical assistance and travel costs. This enables them to study with fewer disadvantages in connection with their condition, and to keep up with their peers.

Disabled students can currently receive up to £5,161 for specialist equipment, £20,520 for non-medical helpers and £1,724 for general costs such as photocopying. Under the proposed cuts, the allowance would no longer cover standard computers, non-specialist non-medical help, additional accommodation or other consumable items.

Disabled students have told LGoS how strongly the DSA impacts their ability to study. One student said that ‘Losing DSA will stop me from being able to achieve my best, putting me behind my peers. Without the financial and moral support, I would not be able to access the resources I require to live each day smoothly.’

NUS research has also shown that 59% of disabled respondents agreed or strongly agreed that they had worried about not having enough money.

Deputy President of LGoS James Coe said that ‘All attendees of the event were obviously moved by the stories disabled students had shared with us. For us the campaign doesn’t end here, and we will be continuing to fight to prevent this cut.’

To follow the wider campaign on Twitter, have a look at the hash tags #withoutDSAICouldntStudy and #DontCutMeOut. 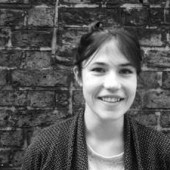 The Final Stretch: Is This Year Actually Liverpool’s Year?