In just a few short weeks, Andrew Lloyd Webber and Tim Rice’s world-renowned rock musical ‘Jesus Christ Superstar’ will be taking the stage in the Liverpool Empire Theatre for a night which promises to be an unforgettable experience.

44 years on, the musical sensation is just as popular as it was when it was originally performed in 1971. This year’s Liverpool performance is directed by Bob Tomson and Bill Kenwright, and boasts a star-studded cast and a huge amount of musical talent. Performing famous tracks such as ‘I Don’t Know how to Love Him’, ‘Gethsemane’ and of course the famous title track ‘Superstar’, the show tells the story of Jesus Christ’s last days before his death, told from the perspective of his apostle Judas Iscariot, famous for his betrayal of Jesus in the New Testament for thirty silver coins. Rather aptly, the performance dates for the show this year fall in the Christian period of Lent, traditionally a time of prayer, reflection and fasting, for the forty days leading up to Easter Sunday.

This year’s cast sees Glenn Carter reprise his role as Jesus in the musical sensation, after having played the role in the West End, Broadway and on film. Musical theatre star Tim Rogers takes the role of Judas Iscariot, having had success in shows like The Full Monty and West Side Story, whilst the role of Pontius Pilate is filled by 2007 X-Factor runner up Rhydian Roberts, who recently achieved a number one in the Classical music charts with his single ‘One Day Like This.’ Speaking of X Factor, remember Rachel Adedeji? The successful X Factor contestant will be playing the role of Mary Magdalene in the show, coming straight after her success in ‘Thriller Live’.

Looking at that cast, the show looks like it will be another smash hit for the Liverpool Empire, and for all you musical fans out there, one certainly not to be missed!

Tickets start from just £10, see www.atgtickets.com/liverpool for more information and to book. 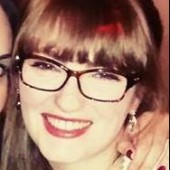