Ruth Stannard, Director of Consular services for France, offers advice on how to make your time in France the best it can be, as well as avoiding any faux-pas.

Ruth has worked as the Director of Consular Services for France since January 2013, she answers my questions giving us an insight into the challenges and difficulties she faces in her role on a daily basis. Read on to discover how to avoid becoming the victim of a bad situation when spending time in France.

According to the British Foreign and Commonwealth Office, around 400,000 British Nationals live and work in France for all or part of the year. I assume that a percentage of this figure is made up of British students spending an Erasmus year in France as part of their degree course.  What advice can you give to Erasmus students coming to France? How can they best integrate into society?

For Erasmus students, integration into society is always encouraged. The way somebody makes the effort to integrate depends on the person and what they are interested in – if you are interested in sport, seek out local clubs and get involved in as many activities as possible! As an Anglophone in France, why not get involved in language exchange groups? It is a great way to make new connections and also to improve your French skills while helping others improve their English. To find out about upcoming welcome events in your area in France, take a look at the association ‘Acceuil de vie française’ (Town Welcome Association) at www.avf.asso.fr

What are the most common problems/incidents requiring consular service amongst British students living in France for their year abroad and how can they be avoided?

The problems encountered by many British Nationals often affect students in the same way. Some of the more serious problems include arrests, racial and sexual assaults and even deaths. Although in some cases unfortunately the incident is unavoidable, it is vital to have an awareness of some of the risks – familiarise yourself with local laws and customs before you go, the FCO information page for France is the best way to find this type of information for any country. Get to know your new surroundings – what areas are safe, and where to avoid. Communicate with people; make sure that people you trust know your whereabouts. Remember to always have access to health insurance; your EHIC card is invaluable if you are injured while travelling in the EU.

Many students on their year abroad are often placed in rural areas of France where public transport is limited. What advice would you give students living in this type of area concerning travel? For example are British nationals allowed to drive in France?

If you are working for a school in France, there may be a local bus service, so research local transport before arriving in France. Some areas of France also have cycling schemes or a train network. Driving is also an option for British nationals as long as you are 18 years old or over and hold a full UK driving licence. For more information on driving in Europe, have a look at this YouTube video: http://www.youtube.com/watch?v=xnxMi-zQIwc&feature=em-share_video_user (Driving in Europe).

France has some really beautiful University buildings that are definitely worth studying abroad at, including this one in Lyon.

What is the main mistake most travellers make when travelling to France? Are there any laws specific to France which tourists/visitors to France are often unaware of?

A statistically significant number of accidents in France amongst British nationals are motor related. This is due to the common misconception that the speed limit is higher in France than in the UK, also because people are unaware of traffic rules in France such as giving way to the right or they may even drive on the wrong side of the road.

Travel insurance is a necessity when going abroad, but what else is vital to have in place before moving to France? For example, what documents must people have with them for the duration of their stay in France?

For health insurance, having an EHIC card (European Health Insurance Card) is vital, don’t put this off as they are free and easy to get. It is also useful to have at least one photocopy of your up to date passport. When out and about in France, you must always have some form of ID on your person.

Overall what is the best piece of advice you could give to anyone who is travelling to France for any reason?

With its fantastic ski resorts, many cosmopolitan cities, lush countryside and beautiful beaches, France is a diverse country; enjoy everything the country has to offer. For tourists, remember to plan, keep to your budget and communicate with people at home and those you trust in the place you are visiting (holiday reps etc.). The same applies for expats, but also try to meet people, integrate into society and embrace the French culture!

For some more great travel advice on living in France and on French culture, check out the Foreign and Commonwealth Office (FCO) page for France at www.gov.uk/foreign-travel-advice/france

To find out more about travelling abroad in general, I would highly recommend looking at the FCO’s ‘Know Before You Go’ campaign at www.gov.uk/knowbeforeyougo.You can also follow them on Facebook (facebook.com/fcotravel) or Twitter (twitter.com/fcotravel). 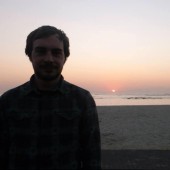 Third year English Language and Literature student from the mysterious land of Warrington. When I'm not writing articles, you'll find me either training with Liverpool University Amateur Boxing Club or exploring the best events that Liverpool has to offer.

Fashion Weekend at Liverpool ONE

Refugee Journeys Through the Balkan Route – An Interview with Dr. Gemma Bird