The results of the 2015 SO election was announced last night in the Courtyard of the Liverpool Guild, with Harry Anderson being re-elected as Guild President.

Alex Ferguson and Emma Sims will also return to office in 2015/16. Rosie O’Donnell joins the team as the only newcomer for next year.

The Guild has now released a breakdown of the votes. View the full analysis here.

Missed the Results Night? View the photos from the event here.

If you would like to retrace our coverage of the elections, visit our Guild Elections 2015 page. 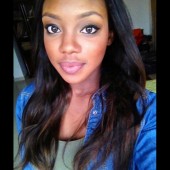 Spend It – The final round