Liverpool One’s Café Rouge recently reopened its doors after refurbishment. I was intrigued to see what would have changed to the celebrated chain, known for its consistent and reliable deliverance of uncomplicated, inexpensive French cuisine. Upon arrival I noticed that the attention to detail had certainly transformed the eatery from a generic sea of red wicker chairs with Edith Piaf on loop and the garlicky scent of snails wafting around to a chic, airy and arrestingly sophisticated space. The tasteful, carefully thought out décor and pleasingly sizeable menu made me forget I was dining at a chain restaurant almost as soon as I’d sat down, and as I perched on a red leather bench, I happily noted that the ambiance was as refreshingly light and chilled as the glass of Cote Flamenc that appeared quickly on my table.

A French meal is never complete without some smelly cheese. And smelly cheese I certainly had; a whole melted Bresse bleu to be exact. I was apprehensive about ordering an entire cheese, with fougasse fingers and baguette for dipping, knowing that there were two more courses to come. It was a generous portion, but so delectable that I found myself wiping the ramekin clean with my finger – the cheese was flavourful, creamy and not too strong, the bread was fresh and doughy, and slices of apple mellowed the flavour adding a crisp and sweet bite. Remarkably I wasn’t too full afterwards, and the white wine was an exquisite pairing for the Bresse bleu. Beautiful June sunshine spilled through the window onto my table and an interesting musical hybrid of authentic French ballades and Beatles songs hummed over the gentle chatter of the early evening diners; I was perfectly content.

Choosing my main was difficult, I was torn between numerous French classics including moules and steak frites, but in the end I picked confit de canard with green beans, dauphinoise potatoes and cherry sauce. The slow-cooked confit duck was very fatty, but fortunately that’s just how I like it, and the ample leg meat was succulent with gloriously crispy skin. A small parcel of soft dauphinoise provided a delicate and velvety side for the duck, and while not usually a fan of cherries, I found the sauce lovely and tart, neither too sweet nor too sour. Overall I was impressed with the main course, it was an unfussy yet delicious combination of rich meat, buttery light potato and French crunchy greens, effectively displaying the French penchant for simplicity.

The dessert section was a sight to behold; a menu with more than three chocolate options is always an excellent sign. I confess to spending at least fifteen minutes deliberating over the magnificent array which included tart tatin, tart au citron, chocolate fondant, chocolate ganache and of course cheese, which I couldn’t justify having for pudding as well as my starter (sadly). I went for crème brulee in the end as it’s my all time favourite, although confidence in my decision wavered once I’d noticed a diner next to me tucking into some sort of doughnut smothered in ice cream and salted caramel sauce… However, the brulee arrived swiftly and I was all too glad to tuck in. The consistency was delightfully smooth, although I felt that since the portion was quite small it could have been richer, and dare I say it even creamier. I also wasn’t too sure about the strawberry and black pepper sorbet that came with it, simply because I expect sorbet to be tangy and juicy rather than fiery. Nevertheless, I was glad to round off such a satisfying repast with something sweet, and to draw out my visit I sipped on a caramel coffee, relishing the Liverpool sunset in the reflection of the brasserie mirrors.

The prompt, friendly but unobtrusive service was commendable and the bistro was cosy but not cramped, a highly desirable attribute for somewhere that hopes to attract laid back diners at any time of day, for meetings, coffees and dinner dates alike. Café Rouge should be top of the list next time you’re in search of an affordable, relaxed yet elegant meal. 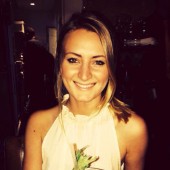 English Lit and Communications student with a passion for food, music and all things outdoorsy.