You’ll be forgiven if reading this is the first time you’ve heard about the changes to junior doctor contracts; it’s a topic that’s been kept oddly quiet over the last few weeks in mainstream media. A junior doctor is any doctor who is not yet a consultant or GP and they are frequently over 35 years old. The British Medical Association (the trade union that represents doctors) walked out of negotiations in August saying that they would be ‘unsafe and unfair’. The government decided that the new contract would be imposed on the 15th September 2015 with or without the BMA’s approval. The BMA often faces criticism from its members saying it is slow to respond to issues and does not do enough to represent its members, however it has sprung in to action and has announced it will be issuing a ballot to its junior members in England on whether or not to strike which will happen over the next couple of weeks.

Doctors striking is a bit of a taboo subject but the Hippocratic Oath prevents doctors from striking and not treating patients who require urgent care. However, doctors can cancel carrying out elective surgery (e.g. a hip or knee replacement), filling out discharge forms, death certificates and doing post mortems.

What do the new cuts mean?

The main sticking points of the new contract are the extension of ‘social hours’ and ‘relative pay cut’.

Extension of social working hours under the new contract will be 7am-10pm Monday- Saturday, so people working for 12 hours 8am-8pm on a Tuesday will be paid the same amount as those working the same hours on a Saturday.

Breaks will be reduced to 20 minutes every 6 hours which means that a patient seeing a doctor at the end of the shift will be seeing an exhausted member of staff who has had 40 minutes off in the last 12 hours.
The relative paycut means that doctors will be paid less than they were in 2000 and when you consider that student debt has tripled, membership fees have gone up, inflation, exam prices have gone up and the cost of houses has increased it’s astonishing that this is even an option.

These changes remove many of the financial penalties hospitals face when their doctors work unsafe hours and this means that there could be doctors working overtime and treating patients when they are tired and not able to make the best possible decisions.

Move abroad- Over 3500 applications to work abroad have been processed since the announcement that the new contracts will be imposed (18/9/15- 28/9/15). To put that into context the General Medical Council usually processes about 250 of these requests over the same time frame. As this only affects doctors in England (and potentially Northern Ireland) you could see a shift in staff moving towards other areas of the UK where they will not be affected by these changes.

Go private- Private is a dirty word in medicine, believe me, no one goes in to medicine with the sole aim of treating the wealthy. Changes to contracts mean that going into
private practice alone seems like a reasonable option.

For those that can’t stomach the ethics of working solely for private companies there is the option being a Locum Doctor. This is where you work for the NHS on a non-contracted basis for a substantially higher hourly fee. Most doctors do this to an extent to fill up gaps in the rotas for our understaffed NHS and to make ends meet. This may seem a more appealing option and we may see more doctors chose to only work locum hours and not have a contract at all.

Then of course there’s always the option of leaving the profession. It takes a lot of training and sacrifice to become a doctor but a medical degree is respected in professions outside of medicine. You may see a rise in the number of bankers, accountants, hedge funders, who are all trained as doctors. Through studying medicine graduates attain excellent communication skills, analytical skills, ability to do calculations and of course learn methods to absorb, memorise and apply thousands of pages worth of information. In a world where banking offers similarly long hours the concept of bonuses, overtime pay, faster career progression, job stability and a good pension it’s hard not to see it as an attractive alternative.

Do not be deceived, these cuts will affect the safety of you and your loved ones when you go to get treated by an overworked, underpaid and undervalued doctor. This is not about doctors being greedy and wanting more money, it is about doctors wanting to be respected and valued for doing a demanding job that has taken a significant proportion of their lives to train for. The public cannot stand by and watch this blatant attempt to dismantle the NHS and use Junior Doctors as the scapegoat. If we allow this to continue then frankly I can’t see how the NHS can last and then we’ll all be in trouble and may face an Americanised system of healthcare that will not be free at the point of access.

If you would like to show solidarity and your support for the junior doctors treating people’s friends and families across the UK then please sign the petitions below!

For the unofficial petition to show your support click here 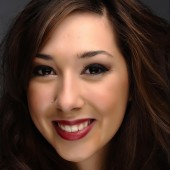 Graduation 2015: Only 43% of recent graduates find full-time employment in the career of their choice

Winter travel advice for your Erasmus year abroad in France