In the run up to their annual Hallowe’en Ghost Tour, the Liverpool University Drama Society has clashed with Guild representatives over the possible portrayal of various historical figures.

LUDS had planned to theme this year’s ghost tour around several historical figures being reanimated and brought back to life by a fictional University History Department, however they were told, as a final decision, that Joseph Stalin and Adolph Hitler could not be used.

Several LUDS members expressed concerns that this censorship was unfair, as the Guild had made the decision without attention to how these figures would be portrayed in the event.

In a meeting with LUDS members, the Guild also expressed concern that any prospective politicians, who take pictures with or as controversial historical figures, could have the pictures brought up against them, compromising their future careers. Guild President Harry Anderson, in a meeting with The Sphinx, had this to say: “We exist to be a safe space for students to learn in a safe environment. Representing 23,000 students [is a] balancing act to make everyone feel safe.”

The guild have also expressed concern that the event may cause negative media coverage. Liverpool University was embroiled in controversy last year when the contents of the Medical School’s annual play, The Smoker, were picked up by the national press. It appears that this event has cast a shadow on other society productions.

LUDS are concerned that the context of the narrative, in which Hitler and Stalin were both minor characters, was not taken into account with this decision, and that the Guild has assumed the event would be offensive without due reason.“The only person we mean to offend here is Hitler,” a LUDS member clarified. “What we are doing in no way supports or belittles what Hitler did; in fact we’re portraying Hitler as a ‘wrong-un’”.

Meanwhile, in Germany, Disney Pixar’s hit film Inside Out has been unseated by David Wnendt’s ’Borat-style’ comedy Look Who’s Back. The comedy stars Oliver Masucci as Hitler, who wakes in modern Germany with no knowledge of events after 1945 and interacts with unsuspecting members of the general public. The film shows Hitler’s rising popularity with a modern Germany, who believe him to be a satirical comedian refusing to break character.

Wnendt told the Guardian he wanted to make “the type of laugh that catches in your throat and you’re almost ashamed when you realise what you’re doing.”

LUDS, as we understand, have stood down on the issue and have devised ways to conduct the ghost tour with minimally controversial appearances, in order to conserve their working relationship with The Guild.

The Drama Society’s Ghost Tour will be conducted every half hour from 7pm tonight with the last one at 9.30pm. Look Who’s Back is not currently available in English cinemas, but the original book is available, in English, from any good book store. 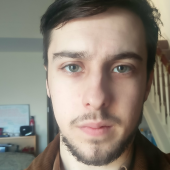 George is a third year English student and Guild haunter. He is also running for SRO and would like to take this moment to shamelessly plug his campaign. Vote for me, cheers.

Raise the Roof! – and give to a good cause