The Sphinx’s First Ever Selfie Competition!

We at the Sphinx are holding our first ever selfie competition!

Are you going to a Halloween party this week? Why not embrace your scary side and send us your best Halloween selfie! The most impressive spooky snap will be announced on Monday 2nd of November and will receive our prize of a post-Halloween detox night. No tricks just treats, including a free meal & drinks for two at the Sphinx Bar and a choice of either cinema tickets or tickets to a Comedy Central night.

The competition starts today and will run until 12 am on Sunday 1st of November, with winners being announced on Monday. Whether you’re going to the Pause Halloween Special at the Shipping Forecast tonight, Liverpool University Drama Society’s Ghost Tour on Thursday, the Voodoo Ball at The Kazimier or the Guild-organised Twisted Halloween Special on Saturday, there are plenty of chances to get your best Halloween snap to us! So get sharing those spooktacular selfies!

Want to bag more prizes? Well, throughout this week and leading up to Saturday, the Guild will be being taken over by a twisted circus, including haunted corridors, zombie filled crypts and twisted clowns… So head down to the Guild Union event on Halloween night at 10:30pm, where prizes will be given out for the best dressed and most scary costume!

Union: Twisted Circus Halloween Special, starting at 10:30, at the Liverpool Guild of Students, on Saturday the 31st of October. 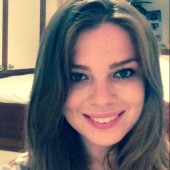 Imogen is the Beauty Editor for the Sphinx and is currently in her third year studying English and Communications. She is also a self confessed beauty obsessive.

Getting to Know You: David Hering