Review: The Shires at the O2 Academy

Trying to break the mould that country music only comes from America is ‘The Shires’, a UK based duo. Crissie Rhodes and Ben Earle met over Facebook through their mutual passion for country music only 2 years ago, and since then they have gone on to become the ONLY UK country band to get into the Top 10 Album chart, and have played at festivals such as Glastonbury and Isle of Wight and are now touring the UK for the second time.

In a recent interview The Shires stated that they were inspired by the greats: Dolly Parton; Carrie Underwood; and most importantly Lady Antebellum, an act who give a modern take on the classic country style by implementing a pop sound. They still concentrate on the lyrics and the rhythmic sound of the guitar, however, and this can be heard in songs such as ‘Need You Now’ and ‘Bartender’.

Ben and Crissie (The Shires) talked about the importance of lyrics in their music and the difficulty of making American-style music with firm British roots in an interview with the BBC (May 2015). This can be heard this in ‘Nashville Grey Skies’, one of their very first songs written about their aspirations to “build our own Nashville underneath these grey skies” i.e. making country music more popular in the UK. Similarly, there are treasures on the album such as ‘Made in England’: a British take on the American patriotic feel that is often found in country music – they sing of “Friday night fish n’ chips” and “milk in your tea”, concepts that are quintessentially British. So, how did the crowd at Liverpool 02 Academy react to their set on Monday night?

Despite the majority of the crowd nearing the middle age mark the atmosphere was still electric. A clear mixture of country die-hard fans (note: cowboy boots and stetsons), and the ones who had been dragged there by their other halves. Excitement builds as the first support act gets on stage- The Darlins: an American country duo of two young girls from Nashville. Their songs were very Dolly Parton-esque and they filled in the time nicely. Next up: Jonathon Jeremiah, a young British singer/song-writer who has been upcoming with radio plays across Radio 2- which says it says it all: very easy listening, soulful sound and catchy back beats. He got the crowd clapping and tapping their feet.

Now for the main act; Crissie struts on stage in her denim hot pants followed by Ben and his guitar in tow. The crowd cheers as the opening chords for ‘All over again’ kicks in and then they lead into the chart toppers such as ‘Tonight’ and ‘Friday Night’. Tapping of the foot and swaying of the hips is infectious even if you’re not a country fan. Talking to the audience throughout meant that it was an intimate performance where you felt you got to know the pair that little bit better, with references to their time in Nashville and how their home towns inspired their song writing. Bringing down the tempo for an emotional rendition of ‘Brave’ (the album’s title), they explain the feedback they have received surrounding this song and how it has helped people through some of life’s difficulties, which caused a few teary-eyes amongst the crowd.

They worked their way through the album as well as adding in a couple of previews for the upcoming EP, and this is when you start to understand the pure abilities of their voices: Chrissie’s ability to hit every high note and Ben’s brilliant harmonisation skills.. Coming to an end they split the crowd down the middle and had a sing along to ‘Tonight’- who doesn’t love a bit of crowd participation? The encore brought the night to a close with a cover of Dolly Parton and Kenny Rogers’s ‘Islands in the Stream’. Overall: an electric, high energy performance that aimed at modernising country music for a UK audience.

With Dolly’s set that thrilled Glastonbury crowds and The Shires bringing all things country to a UK popular audience, could there be a new country music fan base on the horizon? 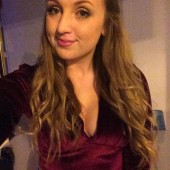 Crystal Fighters at the O2 Academy – A Review