Sunday 29th November is the global and national day of action before the COP21 in Paris.

Ahead of the 2015 UN Climate Chance Conference in Paris, this day of action aims to demonstrate to world leaders the growing support for bringing about solutions in tackling climate change.

The University’s new campaign group Fossil Free Liverpool University is organising a local event on Sunday – the Liverpool People’s March for Climate, Jobs and Justice. With the support of an online petition, the group also demands that University of Liverpool diverts its investments away from fossil fuel companies, and instead puts that money in ethical and sustainable investments.

We spoke to one of the organisers, third year Physics student James Melia-Jones, about the campaign.

What is the Fossil Free movement all about?

“The global Fossil Free movement was founded about 4 years ago by climate researcher Bill McKibben and 350.org. It was inspired by the actions of the 1980s South Africa anti-aparthied activists and is the fastest growing divestment movement in history. The movement calls on public institutions such as our universities, schools, local authorities, healthcare and churches to remove their financial endorsement of the fossil fuel industry by removing its investments, and instead reinvesting the money in to ethical renewable solutions.

“They are mainly targeting shares, endowments and pension funds of these institutions which are fairly large sums of money. We believe that moving the money would help set us on the path to bring about the change we want to see, and because the institutions are considered public we have some degree of ownership and influence over them. The university campaigns are being coordinated by student activist network People & Planet.”

You wouldn’t expect climate activists to be involved with financial matters, why do you think this is?

“Around the world people are no longer waiting for lazy and corrupt global leaders to take action against climate change or to bring about social justice. Affirmative action is being taken from below by people around the world demanding that the necessary changes occur.

“Adding to this, since the banks crash in 2008, society has witnessed obvious injustices occur in the name of austerity – so more people have educated themselves about the dubious financial system in order to make sense of it. We are in the unexpected situation where climate activists and the Bank of England agree about this Carbon Bubble issue in particular.”

What investments does the university currently hold in fossil fuel companies?

“We don’t actually know for sure as our Freedom of Information requests have been refused repeatedly. However, we can be safe in assuming that investments will be held in some of the top 200 fossil fuel companies, which include Rio Tinto, Shell, BP and others. The total university investment portfolio is worth around £140m and we estimate the fossil fuel investments to be around £5-10m.

“As well as divestment we would like to see much more transparency around the investments portfolio given that our fees loaned to us by the taxpayer are a major source of income for the university. We want to know where our money is going so we can have a fair discussion.”

Are you hopeful for achieving a victory?

“Simply put: yes. It has to happen at some point in future in order to tackle climate change and transition to a sustainable society. If it doesn’t happen sooner, it will later – I am positive. Already we have seen many universities around the world, including 18 in the UK, divest its shares from fossil fuels. We have the backing of the NUS and People & Planet, so the movement is growing all the time.

“The financial argument for divestment known as the Carbon Bubble is being taken very seriously by the World Bank, who has advocated the need for divestment of its own pension shares. Already we have seen massive victories like the Norwegian state pension fund and many others, and we expect even more great changes.”

The Fossil Free campaign had put through a Change It motion to the Guild, which was successfully passed through the Guild Summit, and is to be overlooked by the Board of Trustees.

If you’re interested in getting involved with Fossil Free or to find out more, join their campaign Facebook group. 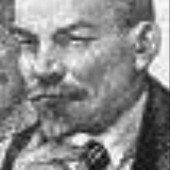