Increase in tuition fees, scrapping of maintenance grants and exclusion in the increase of the minimum wage are some of the ways in which the government is making it almost impossible for the young people in Britain to prosper. In recent news, anger has been awoken in the working people as George Osborne revealed new tax reforms where tax credit cuts will be pushed forward by the government. This will lead thousands of people into poverty and will limit the young generation.

The Equality and Human Rights Commission (EHRC) have recently reported that young people are already at a disadvantage and face the toughest economic prospects. Since the conservative led coalition government in 2010, the future of the young has been cut at the roots with the attack on the one thing that they cherish: their education. However, the government do no seem to be content with this and are making it more difficult for the young generation to thrive in the working world too. Further reports by the EHRC suggest that students are plummeting on the income and employability scale with lower pay, difficulty in acquiring housing and an increase in unemployment. Statistics from the report ‘Is Britain fairer’ highlight the poverty rate between the ages of 16-24 that illustrate the reality of what young adults should expect when leaving education.

Tax credits work as a safety net for the public where it essentially increases your pay if you receive low income. Although, the House of Lords have managed to delay the tax credit cuts, they are still most likely to occur. In order to defend the public they have demanded that the conservative government find a better economic strategy and to reveal full impact of these cuts. Those who are graduating in the coming year or so may face the full impact of these changes when they land in the working world. These cuts will not only abolish the opportunity for young people to find housing and live independently but may also affect them if they want to continue studying. A fair amount of students have a part time job as well as being in full time education. If they do not work more hours to top up their income, they cannot afford housing (especially those studying in London) and they may end up quitting their studies because they cannot continue. Other students may be in low paid jobs, forcing them to stay at home because life in the outside world is just far too expensive.

Many young individuals may hear the term ‘tax credits’ and not assimilate themselves with these cuts. This should not be the case. These cuts that the young are facing are not new. This cloud of frustration and disillusionment that young people carry follows them from education into the working world and this has become a big issue for the young in trying to achieve their future prospects. Young people are now being forced into choosing between leaving their studies or working . Not only does this affect their future but it also deprives them from opportunities as they are not given the freedom of being independent.

With four more years of conservative power, what will it mean for the young generation? 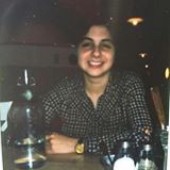 Sociology and Social Policy student, interesting in writing about current affairs such as politics, racism and inequality

The Silent Majority: My life as a Vegan

TERF Wars: Why Transphobia and Feminism Do Not Work Together

Who are the Alt-Right?