The Sphinx caught up with two members of the Dance Soc committee, Yasmin and Sophie, to find out more.

The Dance Society has come ‘such a long way’ in the last few years. ‘We started attending competitions four years ago and now we are hosting our own’.

After a last-minute change of location at the LJMU dance competition and following their success at Loughborough, the Liverpool Dance Soc realised two things:

Originally intended to be a combined University of Liverpool and LJMU event, LJMU chose to continue hosting their own competition, rather than merging. Despite this, there are no hard feelings between the two squads, and both dance societies are attending each other’s competitions.

Though a big step for Dance Soc, the society has come ‘such a long way‘ in the last few years. Preparations for the comp have gone well, despite a few hiccups regarding catering, resulting in a mass ordering of Dominos pizzas. The society has received support from the Guild both in organisation and financially, receiving money towards the publicity and marketing of the competition, and event wrist bands from the ‘Spend It’ initiative. Additionally, Alex Ferguson, Deputy Guild President, stepped in to host the competition itself.

‘We love [Alex], he presented our Summer Showcase last year, and he was so good and really helpful and supportive backstage.’

We spoke to Alex Ferguson who is very excited to be presenting the event:

‘I’m really excited to be part of the first ever University of Liverpool Dance Competition, held in our very own Mountford Hall. I’ve hosted events for the society before, and I think it’s great that the Guild can be the centre of exciting and diverse activities. It’s a pleasure to welcome Dance Societies from across the country and I wish all the teams the best of luck.’

There is also an intriguingly named Wildcard category, for which there are no restrictions on dance style or squad size:

‘you can pretty much do anything you want.’

This year the Liverpool Dance Soc team are entering six of these categories; the Advanced categories for Ballet, Contemporary, Jazz, Street and Tap, and Wildcard, choreographed by young dancers from LIPA and members of the squad – Maria Mastrolonardo, Aishwarya Raut, Mastrolonardo and Raut, Joseph Jean-Edward Francois, Sarah Hale, and Laura Dorman and Jenna Doherty respectively.

‘It’s good to have choreographers from LIPA, because they’re so fresh and so excited.’

There will also be special awards such as Best Dancer, Best Costume, Best Choreography and Best Team Spirit, as well as a social, involving all of the dance squads, afterwards in the Cellar.

So far the training for the competition is going well, and the squad are feeling confident. Though they want to do well, it seems that Liverpool Dance Soc just want everyone to have fun, and hope that the competition will boost the Dance Society’s profile, encouraging more people to come to shows and classes, or just come along and support the squads at competitions.

There is little doubt that this will be an exciting event and a real testament to the passion and commitment of Dance Society’s committee, given that it is only after four years of involvement in competitions that they have managed to put on an event on such a large scale. Hopefully Saturday’s competition will be the first of many University of Liverpool Dance Competitions to come.

If you’d like to support or watch the competition, spectator tickets are available for £4 on the door and supporter tickets, which include entrance to the social after, for £8. 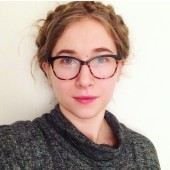