Celebrating the Women of Science and Medicine throughout history

International Women’s day took place last week on March 8th and celebrated the intellectual, social, political and cultural achievements and contributions of women, both current and historical. There was indeed much to celebrate. The day acknowledged the importance of accelerating progress towards gender parity and many pledged to help women and girls achieve their ambitions, call for gender-balanced leadership, to respect and value difference and to strive towards a more inclusive culture for women. The day also afforded a novel opportunity to reflect on some truly extraordinary individuals.

Women have made substantial contributions to science and technology since the earliest times. Historians with an interest in gender and science have illuminated the scientific endeavours of women, the barriers they have faced and the strategies implemented to have their work peer-reviewed and accepted in major scientific journals and other publications. The historical study of these issues has become an academic discipline in its own right.

During the 19th century, women were excluded from most formal scientific education, but they began to be admitted into learned societies during this period. In the later 19th century the rise of the women’s college provided jobs for women scientists, and opportunities for education. Forty women have been awarded the Nobel Prize between 1901 and 2010, compared to forty six awards to men. Sixteen women have been awarded the Nobel Prize in physics, chemistry, physiology or medicine.

It seems sensible to start at the cradle of civilisation. Hypatia was a Greek mathematician, astronomer, and philosopher in Egypt, then a part of the Eastern Roman Empire. She was the head of the then Neoplatonic school at Alexandria where she taught philosophy and astronomy. According to contemporary historical sources, Hypatia was murdered by a Christian mob after being accused of exacerbating a conflict between two prominent figures in Alexandria, the governor Orestes and the Bishop of Alexandria. No written work widely recognized by scholars as Hypatia’s own has survived to the present time, indeed it is thought that they perished in the riots that plagued Alexandria in the wake of unrestrained religious and political unrest and led to the obliteration of Alexandria’s great library. Many of the works commonly attributed to her are believed to have been collaborative works with her father, Theon Alexandricus. This kind of authorial uncertainty is typical for female philosophers in antiquity. However she is credited with several notable investigations of the heliocentric model of the solar system, even anticipating the elliptical orbits discovered by Johannes Kepler over 1200 years later.

Hypatia was a Greek mathematician, astronomer, and philosopher in Egypt, then a part of the Eastern Roman Empire

Despite the success of some women, cultural biases affecting their education and participation in science were prominent in the Middle Ages. For example, St. Thomas Aquinas, a Christian scholar wrote, referring to women, “She is mentally incapable of holding a position of authority.” The 11th century saw the emergence of the first universities. Women were, for the most part, excluded from university education. However, there were some exceptions. The Italian University of Bologna, for example, allowed women to attend lectures from its inception in 1088.  Trotula di Ruggiero of Salerno, a female physician and medical writer, was associated with one of three influential texts which are acclaimed to be the first european writings on the fields of Obstetrics and Gynaecology, which deals with the health of the female reproductive organs and is now an expansive and fast growing branch of medicine and surgery. Trotula held a chair at the Medical School in Salerno in the 11th century, where she taught many noble Italian women, a group sometimes referred to as the “ladies of Salerno”. To hold a position of academic authority, as a doctor no less, in a university institution, given the discriminatory climate of the time would have been a grand achievement for Trotula, worthy of modern remembrance.

The 16th and 17th centuries are historically regarded as a time of scientific revolution. Margaret Cavendish, the 17th-century then Duchess of Newcastle-Upon-Tyne, took part in some of the most important scientific debates of that time. She wrote a number of works on scientific matters, including Observations upon Experimental Philosophy and Grounds of Natural Philosophy. In these works she was especially critical of the growing belief that humans, through science, were the masters of nature. Her utopian romance, The Blazing World, is one of the earliest examples of science fiction. She was the first woman to attend a meeting at the Royal Society of London in 1667 where she fearlessly criticised fellow members and philosophers Thomas Hobbes, René Descartes, and Robert Boyle. She has been acclaimed as an advocate for animals and as an early opponent of animal testing. The Cavendish Laboratory at Cambridge University is named so in her honour.

The latter part of the 19th century saw a rise in educational opportunities for women. Schools aiming to provide education for girls similar to that afforded to boys were founded in the UK, the most notable of which have since become individual colleges of the collegiate universities of Oxford and Cambridge. The Crimean War (1854–6) contributed to establishing nursing as a profession, making Florence Nightingale a household name. A public subscription allowed Nightingale to establish a school of nursing in London in 1860, and schools following her principles were established throughout the UK. Florence gained the nickname, “The Lady with the Lamp”, following a report published in The Times:

“She is a “ministering angel” without any exaggeration in these hospitals, and as her slender form glides quietly along each corridor, every poor fellow’s face softens with gratitude at the sight of her. When all the medical officers have retired for the night and silence and darkness have settled down upon those miles of prostrate sick, she may be observed alone, with a little lamp in her hand, making her solitary rounds”

Nightingale was also a pioneer in public health and a statistician.

Florence Nightingale is a household name, owed to her pioneering contributions to nursing and public health during the Crimean War.

Marie Skłodowska-Curie, the first woman to win a Nobel prize in 1903 (physics), went on to become a double Nobel prize winner in 1911 (chemistry), both for her work on radiation. She was the first person to win two Nobel prizes, a feat accomplished by only three others since then. She remains the only person to have won two Nobel prizes in different fields (chemistry and physics). Her achievements included the development of the theory of radioactivity, techniques for isolating radioactive isotopes, and the discovery of two elements, polonium and radium. Under her direction, the world’s first studies were conducted into the treatment of neoplasms, using radioactive isotopes. She founded the Curie Institutes in Paris and in Warsaw, which remain major centres of medical research today. During World War I, she established the first military field radiological centres. In her later years, Curie suffered enormously with grief and depression following the death of her husband, whom was tragically killed by a horse led carriage. Curie died in 1934, aged 66, at a sanatorium in Sancellemoz (Haute-Savoie), France, due to aplastic anemia unfortunately brought on by exposure to radiation whilst carrying test tubes of radium in her pockets during research, and in the course of her service in World War I. She died a decorated scholar with a great legacy of scientific and medical research.

Marie Curie, a renowned pioneer of nuclear physics and chemistry, remains the only person to have won two Nobel prizes in different fields.

It is certainly worth acknowledging that such women scientists were still in relative positions of privilege when considering the wider social and political perspectives of each era, particularly where ethnic minorities inhabited the same towns and cities as these individuals in such historical times. Certainly, the tide has only recently begun to turn and there is much progress still to be made on all front-lines of inequality. However, one is struck by the unique challenges that women faced, even in more recent times. James Watson and Francis Crick are accredited with solving the structure of DNA, the molecule which stores the genetic information that encodes the instructions to build and maintain biological organisms. In an unfortunate turn of events, the key piece of the puzzle, taken from the laboratory of Rosalind Franklin, was not brought to public attention until after her death, with the deeply saddening result that Rosalind never knew that her diligent work had resulted in her posthumous sharing of the Nobel Prize in Chemistry. In 1968, James Watson questioned Rosalind’s place in the industry. He claimed that “the best place for a feminist was in another person’s lab”. Such attitudes are out of place in a modern and civilised society. Reflecting on these historical figures, I cannot help but be inspired by their intellect, diligence and willingness to triumph over adversity and societal dogma. Women scientists have made great breakthroughs in our understanding of the universe and have been pioneers of social reform. We must ensure that no future great discoveries are hampered by minimising and failing to equally recognise the role that women play in Science. Only then can Science as a collaborative enterprise achieve its fullest potential. 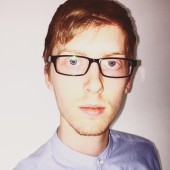 Josh is an intercalating medical student on a course of study leading to the award of bachelors degrees in Medicine and Genetics. He is Co-Editor for the Science and Technology section of The Sphinx and a Liverpool representative on the Royal Society of Medicine Student Section. He has a variety of scientific and clinical interests and is eager to explore the social and political issues that impact on science and medicine, both directly and from the perspective of public engagement.