We caught up with this year’s candidates running for Student Representative Officer and asked them the big questions, to be revealed to you throughout this election week, as an addition to the information in their manifestos.

In this second installment, we asked the candidates:

‘Why did you decide to run for SRO?’

And here are their answers…

G: I’ve been involved in the Guild for years and, you know, I’ve seen the way in which it works, ways in which it’s strong, and I’m very excited about some of the ways it does and very not [excited] about other ways. I really feel like I’ve got a good relationship with lots of broad areas of the student body, that I’d be good at representing.

J: Basically I love the Guild and I love students. I know it sounds weird, but I do love that combination and I think that I’ve got ideas that will make the Guild better. So that’s why I’m running really.

A: I have a deep passion to want to help people and I think the Guild provides the biggest stage to help the most number of people at this university that I can at this point in time. So I think that should work well together – that’s why I’m running.

M: First year – I campaigned for Harry Anderson, and I think, I’ve campaigned for my one-time favorite party and I love campaigning, loved campaigning for Harry. And I’ve looked at things other unis are doing and my main idea is this Guild app. Making things more connected, making sure societies have more power,create event with notifications straight to people’s phones, so I’m thinking that would be a good idea and if I can makes that happen that would be pretty cool, yeh. And what I think I’m going to do is… I don’t know if you want me to carry on talking… I’m in the Mature Student Society and one of my big concerns is that mature students don’t necessarily feel a part of uni. Students look at them as other students, they’re treated differently, so I’ll help set the society up, keeping in mind all those thing, trying to make mature students to feel… Well, if you feel undervalued and you’re part of the uni, then I’ll get the chance to change that, so create a network for mature students that offers advice and support; doing nights out, doing coffee mornings, making them feel part of the uni, because the issue is – a lot of them travel and they don’t live near uni or they travel from uni, they can’t stay at night, they have children, so trying to give them an environment…

D: I decided to run because it’s what I like to do, it’s really strange, but I feel like I’m good at those sorts of things. I’m good at speaking to people and getting people’s opinions on what they want to change and what to do different – I feel like that’s my aim to do in life at this moment in time.

H: I first thought about it kind of last year, quite a while ago. So, I did, I’ve done the SSLC [Staff Student Liaison Committee] thing since first year, so I’ve done that all the way through, and then I got nominated, shortlisted, for the Guild Awards for Best Student Rep in my faculty, so it’s kind of like – I could do this. So, yeh, that’s the first time when I was fully aware that that’s something I’d want to do..

M: Why I decided to run… Because from previous experience of being, you know, Chair of SSLC, Student Staff Liaison Committee, I’ve picked some, well, I have experience of dealing with certain issues and I believe the Guild could do more with these issues, vis-a-vis academic interests of students.

L: Well, I’m doing Politics, so it does help, like, I’ve been studying how to represent people and help people and make a difference and  things like that and I thought it would be a good start to start with, like, students and something I’m familiar with.

H: I’ve been at the uni for quite a while now, I’ve changed my course and I’ve been really actively, really actively, involved in the Guild for the past four years. I’m the president of Bake Society so I’ve seen a positive impact from the Guild and I just kind of want to give back to students and the uni…

O: Well it’s something which I’ve been thinking about quite a lot coming into this year and, last year, I was… I became affiliated with the Guild in a sense, because I was running a night down at the Cellar, so that’s how I got to know Alex Ferguson and Harry Anderson and getting to see what it is that they got to do and actually like create ideas; stuff like Nightline is, like – that;s something that Alex thought of and thought – ‘that will help people’. And that’s, like – that is genuinely all you need to say to me and that’s why I’m coming to do this.

S: Well, in my second year I never really got that involved with the Guild, I never really did anything. And in our first year it was being renovated, so we didn’t have, like, this kind of space. Just ‘cos it was my third year I thought I needed, like, just to get more involved in the Guild and get more out of it. I started like doing a lot more things, like I got involved in like a sports club, cheerleading, which I hadn’t done before. I started coming in a lot more, seeing a lot more things, like the events and stuff and I just feel like I got a lot more out of it, but there’re still so many people that I spoke to that never went in here, never did anything. And I just thought it was like a real shame, because I feel like I got so much out of it and I wanted other people to do the same.

L: Ok, so, I have been in this uni since 2011 and, previously in my university, I was the Guild president as well and I have been around, you know, like having a year abroad in Canada and then in the US, where I worked with students. So, and even as I have been here, I have been engaged in student activities, been part of the Guild’s delegation to London on working on postgraduate concerns and all of that. So it’s not like out of the blue, kind of thing, I have decided to run, because I think that I have the experience, which I can lend to the Guild and to be able to effectively advocate for students, ‘cos I have built that personality to be able to get results and get it from the university a lot easier.

S: Just because, I’ve spent most of this year being quite involved with the Liverpool RAG [Raise And Give society] and other societies, spent quite a lot of time around the Guild and I thought, d’you know what, if anything, my course is holding me back from doing what I’d like to do around the Guild, so I’d rather put that aside and focus on doing what I enjoy.

J: A few reasons really. Sports, campus sports leagues have been a bit sloppy this year I think. Just the organisation os them, the tables haven’t been very good, games have been cancelled very, very often and it’s very frustrating for everyone involved, especially after they paid for an AU membership. I’m part of the RAG [Raise And Give] society, and you spoke to Sean, who’s also part of the RAG society and I want that to be bigger at the university, because, speaking to other universities, they’ve got massive RAGs that they’re really proud of and ours is a little, it’s not, it’s not big enough for our university, I don’t think. And the final thing is just that – the Guild does loads of amazing events and things and not enough people know about them. So I just want to get people more interested in actually coming to the Guild.

A further two candidates are running – Mike Wroblewski and Fengshui Li, however The Sphinx didn’t manage to catch them for an interview. 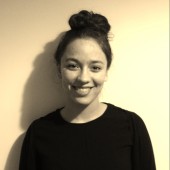