In time for Varsity this coming Wednesday (13th April) we can give you a preview for some of the matches taking place on the day, the first in the series being the Rugby League. UoL are current champions having won the meeting last year 38-3, however, JMU will be looking to come back strong to reclaim a crown they won back in 2014 with a 28-10 victory.

Both teams have spent this season in the Northern 1A Division, but have experienced very different years. The league itself was dominated by Manchester Metropolitan University who blew the rest of the teams out of the water, not only going unbeaten, but winning every single game and finishing the season with a points difference of 235. UoL have not enjoyed the best of seasons, only winning two of the ten fixtures they played during the league season, and finishing inside the relegation zone. JMU, on the other hand, have enjoyed something of a successful season, finishing in second position to the incredibly dominant MMU.

Importantly, JMU were able to beat UoL twice during the season both home and away. In the first game of the season, at Wyncote, JMU ran away 10-37 winners with Lee Rusowicz scoring three tries – the only tries he would score this season. The second meeting, this time at IM Marsh, was a much closer affair with JMU winning 19-16.

The game will be hosted at Wyncote, the only away venue that JMU have been able to notch up a win this season. While UoL have only managed as many wins as JMU at Wyncote in the league this season, they should take heart from being able to bring the gap from the first game of the season down so markedly. If UoL can take it that one step further, then there is no reason why they can’t retain their Varsity crown and end what has been a disappointing season on a high. JMU on the other hand, will be looking to make it three out of three against their rivals, and finish what has been a good season by winning back the Varsity title.

The Rugby Union has so far been dominated by UoL, having won the title first in 2014 with a hard-fought 18-12 win which they followed with a far more dominant 38-3 win last year. In the words of members of the UoL team, this season has been a mixed bag. While there have been highlights such as their turn around at Nottingham in the cup where they won 20-15 having been 15-3 down or beating Hull 22-15 at home, they are currently unsure of their status for next season, having only just finished above the relegation zone in the Northern 1A Division – six points ahead of MMU, but MMU having played one fewer game.

JMU will be looking to cap off what has not been a too dissimilar season by winning the Rugby Union Varsity match for the first time since the tournament began. Interestingly, within their separate leagues – JMU play in the Northern 3A Division, two rungs below UoL – the two teams have enjoyed very similar season, and managed to chalk up the same number of points. With this in mind it must be remembered that on the day, anything can happen, and hopefully, it will be a much closer affair than last year.

A key stat that could add substance to predictions of the eventual winner of the match is that all of UoL’s wins have come at home this league season, as they lost every single league game they played on the road. With the match being played at the familiar surroundings of Wyncote, UoL will be keen to make that home advantage that has counted for so much this season, count again. 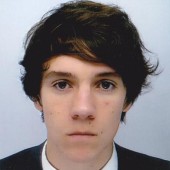