“Welcome to the post truth world. You know it’s not real. But you accept it as normal.”

BAFTA award winning filmmaker Adam Curtis is back and he is ready to uncover more corruption of Western politics after the critical success of his 2015 film ‘Bitter Lake’.

In a mammoth 3 hour long documentary, Curtis explores the slow dissolution of political power in the west, the disturbing lengths that governments will go to to retain that power, and how we as a society nonchalantly allow this to take place.

‘HyperNormalisation’ takes topics of gravitas – such as the war on Syria, on-going Middle Eastern conflicts and the 9/11 attacks – and presents the facts and figures you have never heard of.

One particularly interesting concept was that the U.S. government itself contrived the conspiracy theory of its own organisation hiding a discovery of alien life and UFOs, only to disguise the extent of their military weapons testing and manufacture. The film also details the extent of the state’s reliance on the banks, and how this relationship has been manipulated and subverted to ensure that it is American financiers who now govern the political leaders of our nations.

Curtis focuses on the use of media to explain how we are constantly being brainwashed by these corporations we feed into on a daily basis. The idea is that we live in a fake world, orchestrated by those who wish to disguise the complexity and severity of reality, and it poses some profound questions about the truth of who runs the state and how.

In his signature archival footage style, the filmmaker combines the mundane with the sensational: work out videos and landscapes are juxtaposed with harrowing scenes of terrorism, destruction and death – an undeniable homage to the farcical broadcasts Curtis aims to expose. The macabre images do not simply encourage us to think more deeply about what we are seeing, but they plead with us to open our eyes to what is happening around us.

The narrative of exploitation, propaganda and deception has one goal: that viewers think more deeply about their consumption of media and their blind acceptance of the word of their politicians. To this end, we must consider Curtis’s own agenda in the making of this film: is it truly objective? Can these claims be verified? How does this documentary maker know the truth whilst the rest of us remain ignorant?

‘HyperNormalisation’ does not simply want you to accept the information it is presenting, it wants you to challenge it: the message of this substantial documentary is to trust nobody, believe nothing and, above all, question everything.

‘HyperNormalisation’ is now available to watch on BBC iPlayer. 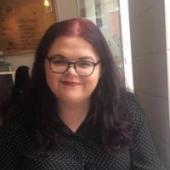 The Exhibition of the Year: Monet and Architecture