St George’s Hall is by far one of the most grand venues in Liverpool. Situated opposite Lime Street, it was lavishly refurbished in 2007, re-opened by Prince Charles and is now home to exhibitions, talks and can even be hired for weddings.

Quite a paradox then, to the comedian that performed there last Wednesday evening. With his unruly mop of hair and ‘I just got out of bed look’, you wouldn’t be wrong for thinking that Brighton born Seann Walsh has wondered into the wrong venue. However, right from his opening line, you realise that this grand stage is exactly where he belongs. The energy he brings to his performance could bring laughter to every room, and although some of the jokes were not necessarily aimed at young people, the understanding and appreciation made it just as funny.

In his show, he talks about the perils of reaching the other side of adulthood, with his 30th birthday not long passed including the peril of being forced to frequent art cafe’s and fancy restaurants without really feeling as though he truly belongs there. Commenting on the ever growing popularity of ‘fad diets’ and his disapproval of having to eat vegetables now, his caricature approach to the idea of new age modern living sparks a vibe amongst his audiences, as though they begin to see through his eyes. It’s those little things about daily life that irritate, and otherwise seem unnecessary within society that are bought to life in his shows, and it really does make his audiences question how their own modern lives are lead.

As for dating, while Seann is in a long term relationship with his girlfriend, who he now lives with, this is still a source of material for him as he jokes about the ups and downs of living with a woman. Describing the hairdryer as the “noise gun” that wakes him in the morning, how he is now forced into going on health kicks with his partner and has even tried the juice diet, except his contained a lot more Guinness, his irritation with no longer being able to be the slob that he once was is hilarious. From having to ‘unload the dishwasher’ and no longer being able to watch telly all day to now being forced to go outside because it’s a “nice day”.

Giving up bread was also something he comments on, predicting an absurd future where he is found “sneaking to the toilet for bread”. Ultimately what makes him so funny is his lazy approach to life; you’re laughing because you’re glad you’re not him. It’s the dramatisation of it all that makes him so appealing.

The delivery of these jokes are what adds that extra something to his tours, with his deadpan expressions and over the top actions to compliment his anecdotes. It’s not necessarily always what he says, but the way it’s spoken that makes his audiences roar.

What is relatable, particularly for students, is his approach to drinking. Despite him being as he puts it “the worst side of adulthood”, his appetite for going out has not diminished. He still knocks back the Jägerbombs like he’s in his teens, and you get the sense through his performances that he’ll never truly grow up.

It’s the lack of maturity and refusal to conform to adulthood that makes Seann the comedian that he is, and this it would seem, is what makes him so funny.

His stand up show ‘One For the Road‘ is currently touring the UK. If you haven’t heard of Walsh before, he is definitely a comedian to check out! 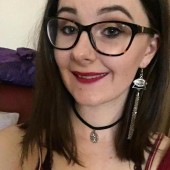