Crystal Fighters at the O2 Academy – A Review

Last Friday London’s Crystal Fighters ventured up North to grace Liverpool’s O2 Academy with their Basque folk instruments and drum loops, heavy synths and passionate vocals. As the lights came up, the band was revealed to be dressed in their flowing, embroidered garments with vines full of leaves entwined around the microphones. Without much of a vocal introduction, the band kicked off the set with one of their older songs, Follow. Infected with the uplifting atmosphere Crystal Fighters brought to the venue, the audience soon transformed into a synchronised wave of energy, blissfully soaking up every lyric.

With a backstory of the band’s formation as richly interesting as theirs, it would be a crime not to tell it. Crystal Fighter’s vocalist, Laure Stockley formed the band after she discovered her deceased grandfather’s diary whilst visiting his country home. Inside were the unfinished ideas for an opera, the title of which now belongs to the band. A determined Laure returned to London and recruited the support of her talented friends, Gilbert Vierich, Mimi Borelli, Graham Dickson and Sebastian Pringle, together working to finish the opera which ended up inspiring the band’s music. French fashion and music label, Kitsuné, signed them in 2008, releasing their first single, ‘I Love London’, in 2009 with drummer Andrea Marongiu joining them a year later.

Crystal Fighters started touring after the 2016’s album ‘Everything Is My Family’, three years after ‘Cave Rave’. The album is full of upbeat rhythms and optimistic feel-good lyrics, but their older material arguably received a better reception at the O2. However, they clearly expected this as their set was interspersed with classics like Bridge of Bones and LA Calling that the audience lapped up. The skilfully put-together set really emphasised the versatility of their music; the audience went from singing along gleefully to All Night straight into screaming ‘I LOVE LONDON!’ whilst engulfed in strobe lighting.

Even though their older music was well received, the songs they had chosen from their new album provided a perfect contrast to their signature sing-along tracks. I must admit after being sceptical of their new music, seeing it live really changed my opinion of it. The outstanding energy behind the new songs gave them a new lease of life.

The best way to sum up how the gig went has to be when Laure asked every member of the audience to introduce themselves to their neighbour. But people didn’t just introduce themselves, by the end strangers were hugging, dancing and singing together, in joyful camaraderie. There was no hostility or animosity towards anyone. Every person seemed to become absorbed by the music, engaging in conversations about where they had seen them before and their favourite albums.

I first saw Crystal Fighters this year during their incredible performance at Bestival, the tent full to bursting as they played one of the last sets of the weekend. Besides their new music, little had changed this time around. Their stage presence is something to be admired as each member of the band stands out with their individual style and talent as well as harmonising perfectly with each other.

You can keep up to date with their performances by liking them on Facebook – https://www.facebook.com/crystalfighters/ – which lists their extensive number of upcoming gigs under the ‘events’ tab. 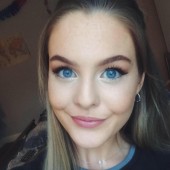 Get the Blessing @ ParrJazz | Gig Review