Brick House live at The Magnet | A Review

Billed as an event filled with ‘some of Liverpool’s finest funkers’, expectations were high amongst the crowd in Liverpool’s famous Magnet on the 8th December for Magnetic Groove – a fanfare to the people and none of the acts impressed more than Brick House. After a brilliant line up of acts including Liverpool University Big Band and Lee Shaw and the Sunshine Steppers, the quartet comprising of Benjamin Roche, Robert Mutch, Lee Shaw and Stuart Wilson took to the stage donning seasonally appropriate Santa hats, sharp suits and with a jam-packed set like no other.

Opening with ‘Hour of Action’ the four-piece quickly established their distinct sound for the bustling crowd, with a catchy hook and soulful vocals it’s easy to see why the quartet has already built a loyal following amongst some of the revellers filling The Magnet. Vocalist and guitarist Benjamin Roche showed off his ability to command the audience between songs by getting the crowd involved in the set from start to finish, suggesting big things to come for the band.

With such a unique sound – think Alex Turner-esque soul-dripped vocals meets Franz Ferdinand in their heyday with plenty of funk mixed in for good measure – it’s hard to imagine anything other than an exciting future ahead for this band, especially given the vast amount of original material already in their catalogue with some first class songs already peppering their set list. ‘Don’t Make Me Say It Again’ – where old school funk meets rock and roll, the sort of sound this band is destined to make a success – and ‘Down from Day to Night’ in particular show a band with a great command of their sound, with a strong lyrical punch to back this up.  The latter of the two and its place in the band’s set is a masterclass in knowing when to slow things down a notch between high tempo songs, opening with a solo guitar before the addition of the full band and closing by returning full circle with the solo guitar. This song was possibly the biggest stand-out of the night and a great choice as the penultimate of the set, staying with you long after leaving The Magnet.

Other notable highlights of the set included ‘Fraud’, which was a massive hit with the audience in The Magnet with plenty of dancing amongst the crowd and ‘Songbird’ which sees a clever switch in lead vocals from Roche to Robert Mutch. With a summer vibe and light vocals, the contrast between the bands two vocalists is a successful one to say the least, that allows the set to feel rounded and fuller than some bands coming up within the local scene – that rely on just one strong singer amongst them. You could be mistaken for thinking that it’s purely the vocalists of Brick House that steal the show but each of the band’s four members shine within their live set, with Lee Shaw’s hypnotizing bass and Stuart Wilson’s clever drum fills helping to command their audience and create an evening of music that was definitely worth braving the cold December night for.

If you’re looking for a band in Liverpool’s local scene that has a more than promising future, look no further than Brick House.

For more information on the band, their future gig dates and their music, make sure you check out their Facebook page at https://www.facebook.com/pg/brickhousepage/about/?ref=page_internal and their YouTube at https://www.youtube.com/channel/UCpOVPv90_kbhh85Y0QF7P6A 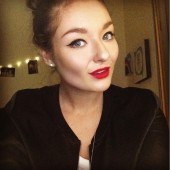 A final year Communications and Media student at the University of Liverpool.

The Staves & yMusic – The Way Is Read | Album Review