Why an early election could backfire on Theresa May

Even in this electorally unpredictable climate, Corbyn turning this around is almost unimaginable. There is no likely version of events on June the 8th in which the Tories don’t win. Theresa May has called this election to give her a bigger majority in the House of Commons with which she can push through her Brexit agenda. The coming negotiations will not be easy and will require compromise. Compromise that will provoke the wrath of ardent Leavers and Remainers alike. Her current working majority of just 17 leaves the Government susceptible to rebellion from the backbenches before even dealing with the opposition parties. If Brexit is to truly mean Brexit, she needs breathing room with more MP’s at her back.

Can you blame her for calling this election? The Conservatives consistently poll beyond 40%, far above Labour. The political conditions are never going to be better for winning a General Election. Any PM would be foolish not to attempt to capitalise, especially with turbulent times ahead. But for all the Conservatives’ strength, calling this election is still a gamble. Victory and success in politics do not necessarily amount to the same result. They will likely win another majority government, but will they be successful in expanding upon 2015’s result? The election result is not a foregone conclusion.

Predictions suggest the Tories could win a 100-seat majority, which is no small feat. To do this, they would need a nationwide repeat of the Copeland by-election in all the right seats. In short, Labour needs to be steamrolled by the Tories. Whilst there is polling evidence to suggest this may happen, there are variables to account for that could hamper Tory ambition. Support for Labour and the Conservatives tends to rise near general elections because voters return to the two main parties that have a chance of forming a government. Could a rise in support for Labour in the key seats deny the Conservatives? Support for Labour can’t exactly get any lower, can it? A week is a long time in politics and we have six before it’s all over. Conversely, 2015 Tory seats in London are under threat from Labour, possibly the only part of the country where Labour is on the offensive. What’s more, this is post-Brexit Britain in a snap election, passions may run high for some yet political fatigue may affect others. Could voter turnout fail to deliver its usual benefits for the Tories? The seats the Conservatives would need to gain aren’t typical territory. Gaining Labour seats requires attracting voters they usually don’t. Therefore, it is difficult to predict the results, but news of the Labour Party’s death has been potentially exaggerated.

However, the real threat to the Conservatives may not be Labour, nor UKIP, who are largely irrelevant post-Brexit, but rather it is the resurgent Liberal Democrats. They currently languish above 10% in the polls, a marginal improvement yet still far from the 2010 election high of 23%. But first past the post is not a system that rewards national vote share; rather, it is the targeting of individual seats that matters. The Lib Dem platform of being outright anti-Brexit is a tactic that I, as Leave voter, completely disagree with. Yet, it makes perfect electoral sense; If you voted Remain and still oppose Brexit, with Labour having a muddled position, the Liberal Democrats are for you.

It is serving the Lib Dems well, most notably in the Richmond by-election where they succeeded in ousting the Tory candidate in all but name: Zac Goldsmith. Richmond, as did a significant number of Tory voters, opted to Remain. The South of England is littered with similar seats and this election will have those incumbent Tory MPs wary of defections to the Lib Dems by their own voters. Tim Farron has declared open war against them, threatening to do them what they did to Goldsmith. Whilst there are only so many of these seats, it is conceivable that Tory losses to the Lib Dems could offset gains from Labour. It’s a new game now, the old political rules are being rewritten and the results may surprise. This election is aptly coined “The Brexit Election” and will be fought with those battle lines factored in.

This is where this election gamble can backfire for Theresa May, she won’t lose, of that, we can be almost certain. But there is no guarantee that she will gain enough additional seats to make Brexit workable in Parliament. Anything less than 50 seat majority, then a sense of failure would be hard to avoid. With the SNP predicted to continue their domination in Scotland it’s unlikely that Ruth Davidson, for all her success, can deliver more seats; making a landslide even more difficult to achieve.

I think the result will be dependent on the extent Labour collapse and the extent the Tories don’t in their Remain constituencies. It’s both prediction and speculation. Perhaps Corbyn and Farron will both fail spectacularly and Paul Nuttall will continue to just be Paul Nuttall, but it is important to highlight that this carries a degree of risk for the Conservatives. The local elections in May will give us a possible indicator of the result in June. Theresa May has called her opponents bluff. Whether it pays off or fails, the result of this election will have significant implications for our country to 2022 and beyond. 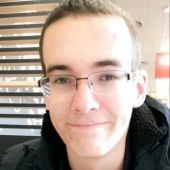 Getting to Know You: Bryan Biggs