In the wake of the scandal that ensued as the winners of the 2017-2018 Guild Student Officer election all turned out to be cis male, a Change It petition was created by Guild Vice-President Yasmin Gasimova calling for a 50:50 gender quota in all subsequent Guild Officer elections. The idea has received 105 votes of support and 200 votes of disapproval, and will be discussed further at Guild Summit this week, where a group of randomly-selected students will attempt to make a decision. If no decision can be reached, the Guild may run a Preferendum on the issue. Yasmin has told of her difficulties currently being the only female guild officer, saying: “on top of having to automatically take on the more gendered/welfare porfolio (and having to give up work around academia to my colleagues) I have become exhausted from the inability of my colleagues to understand some really important issues concerning women. Next year it will be an all-male officer team – which horrified me and many other people who have worked incredibly hard fighting for women and other marginalised genders.” The summit support page states “We want the Guild to ensure that at least 50% of the Officer team is reserved for women, trans people and non-binary people, as they face a significant disadvantage when running in elections.”

Interestingly, unsuccessful SO candidate Scott Johnston has started a counter-petition calling for “representative officers for liberation groups” instead of a quota. This option would create new roles within the Guild, so that when an all-male team is elected, the representation of women, LGBT+ and BAME (black and minority ethnic) students can be considered “without sacrificing representative democracy.”

“These officers are not a new idea, and have been in other prestigious universities for some time. Manchester, Oxford, Cambridge and many more have these officers, and they work well. The officers will work in a liaison capacity with the Guild to ensure that issues effecting [sic] the liberation groups are represented and listened to,” according to Johnston’s submission.

The counter-petition has gained 34 votes of support and 14 votes of disapproval. 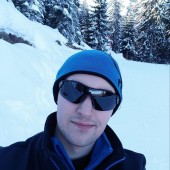 Ryan Llewellyn is a Second year Computer Science student at the University Of Liverpool. He is the head of web development at The Sphinx as well as a contributor to the Sphinx comment section, His writing covers Politics, Technology and Economics.