In a recent interview with The Spinoff, Queens of the Stone Age commented on the current status of the guitar in today’s musical climate. Their drummer, Jon Theodore, said, “It’s like guitars are going extinct in a lot of ways… It’s a new world right now, and sometimes I feel like a dinosaur but most of the time I’m just grateful that we got started before this transition started […] we’re still firmly rooted in the world of guitar”.

This typified a lot of comments that I’ve recently read on the supposed decline of the guitar by the music press and artists alike. My initial reaction to statements like Theodore’s leave me confused as to why specifically guitar or guitar music is accused of becoming extinct or stagnant, instead of rock music. To claim the guitar is extinct disregards the impact it has outside of the rock sphere even at surface level. Only earlier this year we saw Ed Sheeran close Glastonbury with just a loop pedal and acoustic guitar round his neck and also release one of 2017’s top selling albums while Justin Bieber’s acoustic ballads ‘Love Yourself’ and ‘Cold Water’ were two of 2016’s biggest hits. This goes without mentioning its heavy usage on some of the biggest non-rock albums of the last two to three years in Kendrick Lamar’s ‘To Pimp a Butterfly’ and Frank Ocean’s ‘Blond’ to name but a few. The point is that the guitar is consistently used in a plethora of different genres so to claim it’s extinct or redundant in such a holistic way is a heavy handed and lazy comment to make.

What I think Theodore and others making similar comments are trying to get at is the use of the guitar in a traditional sense, and looking at the debate from this angle I agree to some extent. In some ways I think this derives from purist notions of rock music, comparing what a modern rock band sounds like at the moment and how far its strayed from its more established roots. Despite this, it’s also important to note that over the last few years hip-hop has been arguably the most exciting genre for innovation and is much different to its origins. The aforementioned ‘To Pimp a Butterfly’ has been one of the most critically acclaimed records in the past decade whilst other artists such as Young Fathers and Death Grips show the importance of risk taking and making dangerous, poignant music in the 21st century. The re-emergence of Grime in the UK over the past few years is another example with Skepta’s Mercury Prize win in 2016 for ‘Konnichiwa’ also providing a significant step forward in pushing the genre out of its comfort zone. Even Kanye’s self-description as “the greatest rockstar on the planet” on the Pyramid Stage at Glastonbury 2015 shows hip-hop as a genre which is not to be confined or stereotyped, whilst also suggesting that as music evolves people should be more open to interpretation as to what rock can be.

What I think rock could learn from hip-hop is its willingness to adapt and take risks. Whilst there are bands such as Radiohead and Godspeed You! Black Emperor who are lauded for their exploration and experimentation, generally I think a lot of traditional rock music coming out at the moment is pastiche and overly safe. In a recent interview with up and coming indie/hip-hop outfit HAUS I brought up quotes from Canadian artist Grimes who in Rolling Stone said that despite her adoration of UK rocks bands such as Foals and Bring Me the Horizon, she suggested that the future of rock music may lie with using 808 drum machines. This would be an interesting direction for rock music to take with bands such as Warpaint and Everything Everything already paving the way for the genre to be more dance/rhythm-led. Though this shows a potential new pathway for rock, it takes away emphasis from the guitar in the traditional indie band domain. What I think artists should be doing is to show a willingness to push them themselves sonically and take inspiration from different genres but with the guitar at the forefront of that. 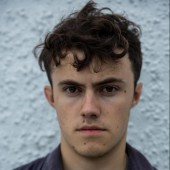 My name's Joel and I'm a third year law student who writes about music for The Sphinx.

The Independent Group is a Glimmer of Hope for British Politics

In Defence of the 8th Amendment