A key fixture in the BUCS Gaelic Football North West League is the Liverpool John Moores and University of Liverpool derby.  With UoL being undefeated and LJMU only having lost to Hope, there was a lot was hanging on this game for both teams. UoL have never previously managed to beat JMU, therefore, when I went out to write a match report, I naively thought history would repeat itself again this year.  However, as soon as I arrived to both teams warming up, I was under the impression that no stone would be left unturned this year.  Michael Sweeney (Club President) and Niall Lundy (Club Captain) were leading the warm up and it was clear the boys were focused on the match ahead.  Kitted out in new jerseys courtesy of The Irish House the boys looked smart as they lined up but would their performance match?  Andrew Sweeney, the most senior member of the team broke the first ball of the game in midfield and from this point onward UoL kept possession pushing forward.  There were a couple of missed opportunities at the beginning of the game but as the boys steadied themselves they went ahead and took their scores.  First year Alex Gallagher at corner forward and Ruairi ‘Twig’ Maguire worked well in the half forward line both scoring goals.  Niall Lundy, Connor Boyle and Brian McConnell were strong in the backs stopping JMU breaking through and then clearing the ball out to Andrew Sweeney who would drive forward and take his points.  Coming up towards the end of the second half, JMU had still not conceded any goals or points.  Tensions were running high which came to a head literally when Daniel Fitzpatrick and a JMU player had a vicious tackle, followed by the JMU player headbutting him and consequently getting a red card.  With no scores and only 14 players on the field, it had been a gruelling half for JMU.  However, despite dominating the first half, UoL were not becoming complacent and were already talking tactics for the second half.  Patrick O’Neill wisely told the boys to ‘Relax for a minute’ to clear the heads before going into the second half.

In the second half,  Glenavy pair Alex Gallagher and Jack Hill continued to take their scores, with a couple being conceded by their impressive free ins.  Coach Mike for the day, utilised the boys on the side-line as energy levels began to drop, throwing in Paul Barclay, Eoin McCall, Matthew Martin and Connor O’Byrne.  The fresh legs made all the difference, showing the strength of a team which has capable substitutes.  Eoin McCall was swerving tackles like the plague, performing a tactical duck to dodge his marker; while Paul Barclay ably sured up the full back line and memorably shepherded the ball over the line for which seemed like an eternity. JMU did eventually manage to break through to the forward line in the second half, however, Patrick O’Neill made sure a ball didn’t go past him.  Coming on to allow Patrick O’Neill a run outfield, Ed Jones proved he was a capable goal keeper, catching any high balls being dropped into the square.

The final score was 0-2 (JMU) 4-7 (UoL).  It would be an understatement to say Niall Lundy (Club Captain) was pleased with the performance: “We haven’t beaten them in years.  It was the best performance I’ve seen…epic.  Every single player, including the subs brought it today.  I’m feeling confident for the rest of the season”.  Michael Sweeney (Club President) was equally delighted: “It was a brilliant performance from the lads.  The club has come so far in the past year and it is starting to show.  After winning the Division 2 Championship we knew we had the potential to do much better.  We now have a big game against Liverpool Hope on 9th December to decide the league winners.  I would encourage everyone to get out and support!”  Whilst there were numerous stand out performances throughout the game, the Man of the Match was Connor Boyle who was consistently reliable in the backs throughout the game. The boys have had a brilliant season so far and I’m sure they will grow from strength to strength as they draw towards the end of the league and begin preparing for Championship which will be held in March this year. 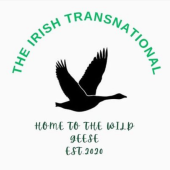 The Rise of the FitBit