The Academic Everyone Should Get to Know: Dr Jordan B Peterson.

A clinical psychologist from the University of Toronto has been making tracks around the U.K recently. Professor Peterson has been promoting his new book ’12 Rules for Life: an Antidote to Chaos’ which ended with him speaking to a 1,000 seated conference hall at the Emmanuel Centre London. Prior to this night, he was at Conway Hall on Sunday morning, of which I was in attendance for. So the question arises: who is Jordan Peterson, and why is he so popular?

His new book comes off the back of his first book, Maps of Meaning: The Architecture of Belief, which offers a revolutionary take on the psychology of religion, and sets the tone for the background which underpins 12 Rules for Life. In his talk, Peterson noted that ever since a young age, he was “obsessed” with the underlying psychology behind the cold war; how was it possible that two nations were set to destroy one another with the worst weapons man could think of? This led him to Carl Jung who noted in his work the concept of archetypes, which he believed resided in the subconscious. These archetypes are universal and mythical in origin for Jung. Thus, following Jung, Maps of Meaning notes that underlying western civilisation are forces that we essentially don’t fully appreciate. Peterson singles out two points for focus from this research into meaning. The first is that existence can be neatly summarised to be an interplay of the forces order & chaos. His view is that chaos is what people experience when life is not going as it was intended to be going. Order, on the other hand, is when things in one’s immediate frame of reference are going along as intended. It is his argument that having meaning in your life allows you to be centred in between these two interplaying forces. The second central point is that he believes it is the concept of Logos that we as a society should be aiming for. Logos, from the Greek for reason, is for Peterson essentially the search for truth and meaning to one’s being.

Peterson is allied with the western tradition, and has noted ‘the central figure of western culture is Christ’. In pointing this out, he alludes to Nietzsche who details the consequences of losing this reality, which Peterson’s second book could be taken to be a solution to. Nietzsche, in The Gay Science, has his prophetic madman signal the “Death of God” which for Nietzsche was brought about due to the advent of science, and philosophy. However, this is not a cause for celebration, as for Nietzsche to recover from the Death of God would require the transvaluation of all values. It is in The Will to Power that the consequences of not realising the death of God and the resulting task ahead are signalled:

“What I relate is the history of the next two centuries. I describe what is coming, what can no longer come differently: the advent of nihilism…For some time now our whole European Culture has been moving toward a catastrophe”.

So for Peterson, this research answered his question about the cold war, namely that if people’s underlying meanings are challenged they will seek to defend it by any means. It would be difficult to argue that meaning is still not being questioned across the world currently. In Europe in particular, there are issues of security, identity, and values that seem to be at the forefront of politics creating a schism between prescribed right wing views, left wing views, and liberal views.

12 Rules for Life can be seen to be a manual for those who are seeking to become psychologically healthy, and properly orientated in the world. In doing so, one seeks to overcome the temptation of nihilism which can be a position to uphold in the face of life’s sufferings. In his talk, he expressed the view that he believed we had lost sight of our direction, and the resulting negative psychological effects are not hard to notice.  One example of the rules listed is to ‘Tell the Truth – or, at least, don’t lie’. This he believes provides a firm, and stable foundation for proper relationships. Furthermore, it is part of his wider aim of enabling people to get themselves sorted out. He concluded his thoughts in regards to the work in the following manner “[12 Rules for life] its genesis and goal is to provide a pathway out of the place we are now back towards logos and truth”.

As a Professor, I found that it was in the Q & A at the end of the talk which allowed Peterson to bare his soul. The first question asked why Peterson frequently plays with his wedding ring during his lectures. His response was that it’s a displacement act: he says he does because he’s nervous, and it reminds him of his marriage. Another question, was from a trainee counsellor for childhood trauma at Kings’ College London. She asked the following: How can she help the people she sees when she only has an hour with them? Peterson replied with a serious temperament coupled with occasional breaks in his voice that expressed a methodical sincerity. His response was to make sure you listen, quoting his experience from his own practice, he argued that often individuals who visit practices have never been listened to before. In this response, he touches upon remarks made in a video on YouTube where he says: ‘It is Rogers who argues that the exchange of truth is curative, and I think it’s the most profound idea, it’s the idea upon which western civilisation, although not only western civilisation, is predicated. The idea that truth produces health’. One other question which stood out to me was from a PHD student who noted that one of the later chapters in 12 Rules for Life puts forward the idea of knowing how to locate oneself when looking forward, and she noted that Peterson argues you should go out and pet a cat. Now, this may seem silly, but his reasoning was that by doing such an action, you allow yourself to refocus yourself in the world, and in the context of a PhD, prevent yourself from potentially feeling lost, and other negative emotions which often incur alongside such intense study.

In summary, Peterson is a man of remarkable intellect. He reflected on the controversy that originally put him in the media’s focus he often reflects on, remarking in a jocular manner that he had been battered and bruised from his political fights, but on a serious note he had been threatened with losing his university position. In some of his videos, he alludes to the controversy, and maintains that it was his family that helped him through it, thereby demonstrating the practicality of the rules mentioned in his new work. However, going forward it would be fair to say that his popularity will only increase, and the only controversy and tragedy in my mind is that his message wasn’t heard sooner. 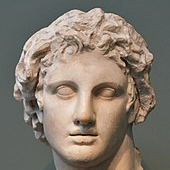 Dancing with depression at university

Why a Conservative-DUP alliance would be disastrous