Getting the most out of Brexit

The 23rd of June 2016 was seen by many students across the country as a great disaster, leaving a club which the country has been a member for many decades seemed absurd. And since the decision by the 52% of Leave voters in 2016, progress has been mediocre at the best of times. The direction which the country will take is yet to be clarified. Theresa May’s speech at the Lancaster House last year was seen by many ‘hard’ Brexiteers as heroic, with the lead figure in the Brexit camp, Nigel Farage, tweeting:

I can hardly believe that the PM is now using the phrases and words that I've been mocked for using for years. Real progress.

However, her recent speeches in Davos and Florence seem to give an inadequate amount of detail as to what type of deal the country is heading for. Will the government aim to keep single market membership, despite previously stating that we will leave the market? Here’s my opinion on how the United Kingdom can get the most out of a Leave vote.

The Norwegian model with the European Union should be one of great interest to the UK Government. This entails being members of the EEA (European Economic Area), which involves making financial contributions and accepting a majority of EU law. It would also mean accepting freedom of movement, which I believe for many leave voters would be hard to swallow. For example, Lord Ashcroft’s 2016 survey suggested that over 33% of Brexiteers voted with immigration at the heart, as well as 49% voting with the issue of sovereignty being key. Thus, opting for the Norwegian model would be electoral suicide for the Conservative party and an unfair reflection on the intentions of the Leave voters.

The Canadian model also has its advantages, which includes the removal of most tariffs on goods. But the length of time for a free trade deal to come in to force waters this down. Another option is the ‘hard’ Brexit line of exiting without any deal in place. Leaving the UK to trade on World Trade Organisation (WTO) rules. Advocates of this model include Liam Fox and Jacob Rees-Mogg. This has its merits in being economically liberal – leading to unilateral global free trade – but it also is extremely risky and could involve a massive stagnation within the economy, mainly because of the UK exporting 44 percent of its goods to the single market.

Based on the disadvantages of these models and the merits of the Swiss model, I believe this is how the United Kingdom can get the most out of Brexit. This model involves being members of the EFTA (Economic Free Trade Association) but not the EEA, like Norway. Unlike Norway, the Swiss do not have to apply EU law and they makes a reduced financial contribution to the EU. It must be discussed however, that this deal will take long periods of talks and reciprocation – which in my view is worth its merits. In addition, this model requires the acceptance of freedom of movement, although it ensures state sovereignty is restored in most parts, excluding regulation which is attached to free trade.

A direction on where the nation is heading post-Brexit needs to be discussed as soon as possible. With the hope that the Government does not shoot to the expectations of leading Brexiteers within the party, advocating a WTO Brexit which would be extremely harmful to our economy. 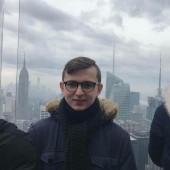 Third Year Politics student at the University of Liverpool. I love football, indie music and wildlife. Currently a correspondent for Politics Hour on Student Radio. We are @LSR Politics on Twitter, and make podcasts for soundcloud every Wednesday 10-11!!

The Sphinx: In Conversation with Jon Snow

Why have students fallen out of love with alcohol?