The quirky and eclectic Paloma Faith has always brought something rather endearing and unique to the music industry. Her recent gig at Liverpool’s Echo Arena for The Architect Tour is no exception.

After the audience is treated to the rather powerful, soulful melodies of support act Xam Volo and an introductory interlude entitled ‘Evolution’ (voiced by American actor Samuel L. Jackson), Ms Faith appears at around 8.30pm, rising from below the stage in a shimmering, bejewelled jumpsuit against a backdrop of colourful stage visuals. She immediately launches into the compelling title track of the album and tour, ‘The Architect,’ before getting the audience up to the album’s two main singles, ‘Crybaby’ and ‘Guilty.’

As the show progresses, the Hackney-born songstress and mother shows that her artistry does in fact comprise of political pop, a rare feat accomplished by only a small kindred group of artists nowadays. Whether she’s hitting out at the Internet body-shaming trolls with ‘My Body,’ or encouraging her fans to donate at least 50 pence of kindness everyday with the stunning John Legend collaboration ‘I’ll Be Gentle,’ Faith reminds her audience that she refuses to be placed inside the box of mainstream non-political pop, a genre which places almost too much emphasis on “perfection”, and does not always allow people to embrace their insecurities.

Moreover, this pint-sized  singer isn’t just about pop music – she proves that she can do a bit of everything. One minute she’s sat on the piano performing the stripped back ‘Lost and Lonely,’ next thing you know she’s whipping her hair back and forth along with the raging beats of her band’s electric guitars to the rock-infused, anti-Donald Trump track ‘WW3.’ Then it’s time to get the audience back on their feet with a medley of her most uptempo songs, including her recent summery collaboration with Sigala, ‘Lullaby,’ the Sigma-produced No.1 smash from 2014 ‘Changing,’ and the fabulous dance-floor anthem ‘Til I’m Done’, which sounds like it could have been released during the peak of the 80’s pop era.

To bring the show to a close, Faith performs an encore of her most successful ever single ‘Only Love Can Hurt Like This,’ as well as her not very well-known but beautiful and uplifting ‘Love Me As I Am,’ during which she gets every single member of the audience up and singing along and thus reminds them of how important love and kindness are to her, especially in Liverpool due to her appreciation for its high community value. Even if Paloma Faith isn’t your cup of tea, there’s one thing you can’t deny: her uncanny ability to effortlessly reinvent herself throughout each and every musical route she goes down, whilst at the same time remembering to maintain her beautifully vulnerable image as a human being, hence why she is, in the words of her song, ‘Still Around.’

Note: Paloma Faith’s album The Architect is available for download and streaming across all devices. 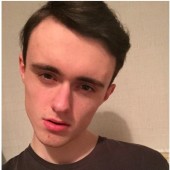 I am a 21 year old English undergraduate at the University of Liverpool and my hobbies/interests include music, media, culture, food and travelling.

Liverpool Ice Festival Through A Lens

Not Adverse To Verse