Fancy a change? Three Alternative Areas to Live in Liverpool

Housing. The word fills students with anxiety and stress. Choosing where to live, who to live with and when to sign for a house is never an easy task, however I’ve taken the plunge for next year and chosen to live in neither Smithdown, Kensington or the city centre; I’ll be living in Everton.

As a city, Liverpool is constantly under revamp and areas previously deemed ‘No-Go’ now receive an influx of students every year. Not long ago, Liverpool students wouldn’t have dreamed of getting a house in Kensington, nor visiting the Albert Docks, which was completely barren. This seems unthinkable now looking at its commercialised shops, museums, restaurants and bars. Whilst Smithdown has always been a go-to area for students, with its legendary 699 night buses into town and a 24-hour Asda, it’s useful to bear in mind that many areas have only recently been catered for us.

Having been in Liverpool for nearly three years as an undergraduate student, I decided for my upcoming postgraduate year that it was time for a location change. Living city centre, Smithdown and then city centre again has worked well throughout my three years but sometimes you need a change of scene! Although this felt daunting, I swiftly realised there’s more to student living than high streets with greasy take-aways, 24-hour buses and the Brookhouse (or an alternative pub). If you want to live somewhere quirky, different and less mainstream, here are some suggestions and tips for you.

The Baltic Triangle, based approximately 20 minutes walking distance from Uni, offers far more than just cool venues for events. Whilst you’ll be based near Ghetto Golf, Constellations, great for SoulJam, and Camp and Furnace for Bongo’s Bingo (even better!), it’s also a fantastic location for food and drink. It’s hard to narrow down the amount of places that’ll be at your doorstep, but they include the Baltic Market running Thursday through to Sunday every week, the Baltic Social offering legendary afternoon teas, and Camp and Furnace who also do roasts which are definitely on the bucket list. Sadly, there isn’t a bus route from here to campus, so be prepared to walk in sun, wind and rain! However, the walk isn’t too long and there’s plenty it makes up for. As an up-and-coming area, recently dubbed the new ‘cultural quarter’, prices are reflective of this, so be prepared to pay a bit more to live here!

No, not the football club, the area (although Goodison Park isn’t far) and where I’ll be heading in September. Based just north of the city centre, Everton is surprisingly non-urban following the creation of numerous recreational spaces, making it perfect for those wishing to escape the buzz of the city. Everton Park also offers one of the best views of the city from its vantage point. Like the Baltic Triangle, the walk from Everton to campus is around 20 minutes, but a bonus is that there are bus routes available to town and other places. Both football stadiums aren’t far either (Anfield stadium is actually closer), which is great if you’re looking for a well-paid, part-time job next year. Generally speaking, Everton has more residential houses than your other suburban choices, but if you’re like me and prefer the easy route of going to house parties rather than hosting them, that shouldn’t be a problem.

If you don’t fancy Kensington and are stuck between town for convenience and Smithdown for its parties, Toxteth is a nice compromise. Situated between the two, and on the edge of Sefton Park, Toxteth offers bus routes to both locations. It might not be as picturesque as Sefton Park, but Princes Park is also Grade II listed by English Heritage due to its landmark Sunburst Gates and other designs on offer by Joseph Paxton, who later went on to design the Crystal Palace in London for the 1851 Great Exhibition. The Park also offers a weekly 5km Parkrun every Saturday- fantastic for those wishing to keep fit for free! The area has come a long way since the 1981 riots through recent regeneration; there’s been considerable demolition, and newly converted flats and houses available to students are just as nice as those on Rodney Street. Although there is still a considerable amount of poverty, it’s worth looking out for places, particularly in Canning and around Princes Park.

So, if you’re still unsure about where to live and fancy somewhere a little bit different, these areas are well worth investing in! It’s worth re-iterating as well that Liverpool is home to over 50,000 students and has plenty of accommodation available: you will always find yourself somewhere! 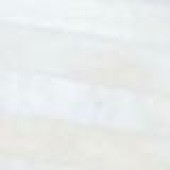