The rise of James Corden’s success in the entertainment business has been nothing but vast in the last few years. Much loved for his roles in The History Boys, Gavin & Stacey, and Into the Woods, the British actor and entertainer is now host to one of the biggest talk shows in America, The Late Late Show with James Corden. The show has gained millions of views collectively online, particularly for the recurring segment ‘Carpool Karaoke’, in which Corden drives around LA with musicians, interviewing and singing their popular hits. Huge artists such as Adele and Ed Sheeran have already helped Corden ‘get to work’, but his most recent guest has got Liverpool talking.

Liverpudlians were left stunned by a surprise visit from 1/4 of the Beatles, Sir Paul McCartney, early last week, and when footage emerged he was alongside James Corden it could only mean one thing. The city has been eager to see McCartney’s appearance on the show and whether he would partake in a Carpool Karaoke segment, and after airing late last night in the US, suspicions were correct.

Beginning the segment on the phone to McCartney, Corden used the lyrics for the Beatles hit ‘Help’ as a pun to ask the artist for assistance on his venture around Liverpool. When McCartney arrives, the pair kick off with ‘Drive My Car’ as they take through many familiar hotspots in Liverpool.

Whilst singing the 1967 hit ‘Penny Lane’, it was only right that they would be driving down the famous Liverpudlian Street. The lyrics mention places and memories that McCartney recalls from his upbringing in the city. Penny Lane isn’t only a popular tourist attraction, but home to many students whom have accommodation on the street or very close by. If you find yourself wanting to escape the hustle and bustle of the city centre, Penny Lane is a great place to visit with your friends, or family who may be visiting before the summer starts.

McCartney and Corden later stop off at McCartney’s childhood home, 20 Forthlin Road. Now a National Trust tourist attraction, McCartney takes a trip down memory lane and shares intimate details of his adolescence in the home, such as writing ‘She Loves You’ in the living room with John Lennon, and finishing off with a rendition of the Sgt. Pepper’s track “When I’m Sixty-Four” on the piano. If you’re a student living in the city, you should definitely take advantage of the incredible history that is right on your doorstep. Whether you’re a Beatles superfan or just fancy trying something different on a day out around Liverpool, you can step inside the childhood homes of Lennon and McCartney and see where some of the greatest Beatles hits were first rehearsed and written:

The Carpool concluded with a visit to the Philharmonic Dining Rooms, also known as the Philharmonic pub or simply ‘the Phil’. Just a stones throw from the UoL campus, on the corner of Hope Street and Hardman Street, the pub is much loved by locals and students alike. McCartney and his band held a surprise ‘jukebox’ themed performance, even inviting Corden on stage to perform a duet of ‘Hey Jude’. The pub was packed with around 6o fans, with eager Liverpudlians who had heard of McCartney’s return gathering outside. The Victorian Grade II listed pub was immediately recognisable to Liverpudlians, and is definitely worth a visit if you fancy a pint in between or after a lecture.

As of publication, Paul McCartney’s Carpool Karaoke has reached over 800,000 views on Youtube, and has been widely covered in the media. The response from Liverpudlians has been overwhelming, as Corden and McCartney have showcased the amazing sights, history, and people who grace the streets of Liverpool. The Beatles are still to this day highly associated with the city, and it is not surprising that McCartney was welcomed back with open arms. If you haven’t already given it a watch you should do, as you’ll be able to see so many recognisable places that you have visited or passed on a daily basis as a student. 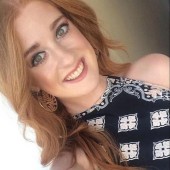 Leonardo da Vinci: A Life in Drawing at the Walker Art Gallery | Review