First performed in 1958, Shelagh Delaney’s A Taste of Honey continues to be just as thought-provoking and influential sixty years later, as it appears on the stage of the Liverpool Epstein Theatre from October the 9th– 13th directed by Daniel Taylor.

As part of the post-war ‘kitchen sink movement’, Delaney’s play depicts the volatile relationship between a single mother Helen, and daughter Jo, and their respective struggles as members of the working class community in 1950’s Manchester. When first performed, Delaney’s play turned heads for its depiction of both an interracial couple and the non-derogatory characterisation of a gay man. A Taste of Honey kick-started a wide-spread feeling of progression, beginning with Delaney’s generation, as they began their ascent into adulthood; just like Jo. It is not only Jo’s acceptance of these outcast characters, but her refusal to view skin colour or sexual orientation as a flaw in either person, showing Delaney’s feelings towards those who were considered ‘less than’ by the previous generation.

Sophie Coward, a LIPA graduate known for roles in recent productions of both Romeo and Juliet and A Midsummer Night’s Dream at the Epstein Theatre, gives a remarkable performance as 17-year-old Jo. Coward’s characterisation of Jo successfully encapsulates her feisty and independent spirit, whilst also showing the vulnerable naivety of her young age which lies underneath the defensive exterior cultivated due to her mother’s neglect.

Other cast members include Jason Lamar Ricketts as the black sailor, Jimmie; Chris Pybus as Peter; and James Templeton as Geoffrey. The actor deserving of the most praise, however, was Sharon Byatt’s terrific portrayal of Helen as a viciously unsentimental single mother. Byatt gives a wonderful performance of a woman striving for gold yet falling short of happiness, finding only a ‘taste’ of honey thus destroying all other’s happiness as a result of her own misery. Byatt’s portrayal of Helen as such a remarkably horrid woman becomes comical at points, likening Helen to a Disneyesque wicked step-mother, which was in turn wonderfully juxtaposed against a harsh, gritty backdrop of a squalid Manchester apartment. Taylor pairs fantasy with reality through his character direction and stage design, an idea which is heightened in Delaney’s play by the absence of a happy ending, successfully encapsulating the real, inescapable life of the Working Class. 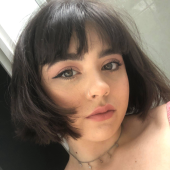 Harry Stedman and the Cunard Yanks Exhibition: The Shipping Forecast