In response to the announced strike, Uber Eats and Deliveroo couriers will also strike in London, Glasgow, Cardiff, Bristol, Newcastle, Plymouth and Southampton to protest a cut in the delivery rates. They are demanding £5 per drop off and £1 per mile as a minimum rate.

‘Time for 10 Liverpool’, a campaign aimed at turning Liverpool in to the first city to set wages to £10 an hour and end zero hours contracts, organised action to show solidarity with the upcoming strike on 22nd September. You can see the video of the support on their Twitter:

Weatherspoons workers are going on #Spoonstrike on 04:Oct so we thought we’d show some solidarity Join us tonight at Black E 730pm to discuss how we ‘Supersize the #Mcstrike‘ #TWT2018 #lab18 #AllEyesOnTGIs pic.twitter.com/fmdiwVeqz9

The closest known industrial action to Liverpool is taking place in Manchester and Chester, with the details listed below:

Click here more information about the planned industrial action and where it is taking place. 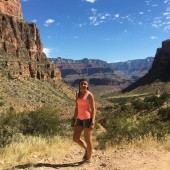 Leave manipulated the working classes and we should direct our anger at politicians, not the voters