It’s called the Golden Minute for a reason – the first 60 seconds of your life are your most important and vulnerable by far. If a newborn baby doesn’t start breathing unassisted in this time, they’ll experience oxygen deprivation which can, in the most extreme cases, lead to brain damage, or even death. Efficiency is vital when having to provide immediate care, which is why the University of Liverpool’s Professor Andrew Weeks’ recent work holds so much promise for reducing the mortality rate of those newborns temporarily starved of oxygen.

Professor Weeks, from the University’s Institute of Translational Medicine, developed the “BabySaver”: a simple and hygienic plastic tray with equipment such as a stethoscope and suction device to be placed between a mother’s legs, so an attendant has a stable platform to treat a baby immediately. It means the umbilical cord is able to remain intact for longer, which has recorded health benefits, and the resuscitation can take place in the mother’s presence, relieving the panic-stricken mothers from being unaware of the fate of their child. It will also increase the efficiency of the resuscitation process, as the baby can be treated without being moved.

Each unit is portable and costs around £40 to produce; a considerably cheaper option, in comparison to other bedside neonatal care technologies, such as the “LifeStart” trolley- a similar device in use in UK hospitals, also developed by Professor Weeks, but costing more than £11,000. It also doesn’t need electricity, instead using reusable heat gel pads to keep a baby warm.

It’s affordable, easy to clean, and has no requirement for power – perfect for its intended for use in homes and medical facilities in developing countries, where birth attendants might not have access to a wide range of standardized equipment and facilities to make sure a birth goes according to plan.

Its prototype was launched in Uganda this August, where an estimated 28.6% of neonatal deaths in 2015 were caused by breathing complications at birth. In rural areas of Uganda, only around half of deliveries take place in technology-equipped medical facilities, and as a significant minority of homes have access to electricity, it’s essential that the device doesn’t need power to be used.

The “BabySaver” is such a simple device that will hopefully save thousands of lives in Uganda, and if it can truly fulfill its promise, a clear next step would be to implement it in other countries with similar neonatal mortality statistics – why limit its use to a single country?

Prof. Weeks with James Ditai and Peter Watt, with the prototype device.

The device was developed in collaboration with James Ditai, Executive Director of the Sanyu Africa Research Institute, among others, including design engineer Peter Watt. Implementation is fully supported by the country’s Ministry of Health, and there are plans to release a revised version for later distribution throughout the country.

To find out more information and plans for the device and its implementation, visit  www.thebabysaver.org 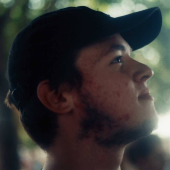 18. First Year Biological Sciences undergrad and Science writer with a keen interest in microbiology and photography!