Queer Eye is an American Netflix series which documents five gay men on a mission, with the aim of transforming a straight guy’s appearance and lifestyle. The series a new adaptation from the original show, Queer Eye for the Straight Guy, which premiered in February 2018, with the second season airing in June.

Known as the Fab Five, the cast includes: Antoni Porowski –  the food and wine expert who shows us how to put a fresh spin on American classics from hot dogs to grilled cheese. Tan France is the fashion guru and arguably the biggest advocate for the ‘French tuck’ I’ve ever seen (when you tuck a part of your shirt into your jeans, duh!). Bobby Berk, the interior designer, who expertly transforms the clients’ homes in what seems like five minutes. Jonathan Van Ness, the grooming expert, who provides the show with all the sass you could ever need; and Karamo Brown, the culture expert but essentially the therapist.

In each episode, the Fab Five visit one straight guy who’s been volunteered by their families or friends. This person has neglected their appearance, living space and motivation, and is struggling with an issue in their life. This could range from fearing of coming out as gay to their family or he could be severely lacking confidence in social situations. By spending time with each of the Fab Five members, this person learns the lowdown in how to pomade their beard to perfection and to ditch their combat pants, and slowly but surely, begin to love themselves again.

While body confidence, ‘glow ups’ and self care is a trending movement in the world of social media, it is still very much promoted by and for women. Queer Eye addresses this fact and what makes the show unique is that it is guys’ showing guys’ that they should have pride in their appearance and that there is no shame in getting involved with fashion and face products. In the words of Jonathan himself: ‘I want to show straight and gay men alike that self-care and grooming isn’t mutually exclusive with femininity or masculinity’.

What is so charming about this show is that all members want to maintain the original values and culture of the person, but to present this in a way that they can be proud of. Instead of stripping their homes of all sentimental value, their home is modernised while adding personal touches such as framed photos of the grandparents. Instead of removing all sense of personal style, they will invigorate items of clothing. It’s the details and thoughtfulness of the Fab Five that allow us to flourish as who we are, not pretending to be someone else.

Whilst managing to create incredible makeovers, the show also manages to touch upon underlying societal issues that still remain in U.S. culture. In season one episode three, the Fab Five car gets pulled over by a police officer as a prank. However, Karamo explains that he feared that he would be dragged from the car as another victim of US police brutality because of his race. In a personal chat with an officer, the Black Lives Matter movement is discussed. Black Lives Matter is an African-American based activist movement, that campaigns against systematic racism to black people. The movement began trending on Twitter, after US officer George Zimmerman’s acquittal for the fatal shooting of high-school student Treyvon Martin in 2012.

Following similar events, the movement has grown both in size and frustrations, with the hashtag Black Lives Matter being retweeted approximately 30 million times. Whilst sympathising with the movement, the officer explains that he hates being stereotyped as an over-aggressive cop. A line of their conversation that stood out to me was when Karamo said, ‘I’m not saying one conversation between one officer and one gay guy is going to solve problems, but maybe it can open up eyes to something more’. While not every social issue can simply be solved with a chat, it is rare that a genuine, personal conversation between both parties can happen (and be broadcasted on one of the world’s largest streaming platforms).

The series combats the issue of toxic masculinity. Through many tear-jerking episodes, Queer Eye emphasises that it’s okay for men to cry, it’s okay to share emotional experiences and it’s okay to ask for help. Suicide is the most common cause of death for men aged 20-49 years in England and Wales, with men remaining three times as likely to take their own lives than women. The strong brotherhood and capacity for understanding that Queer Eye instills is arguably the most important message that the media should be conveying right now. And without a doubt, Queer Eye does it perfectly.

The third season of Queer Eye will air on Netflix in 2019. 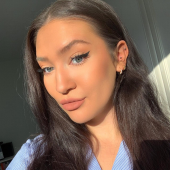 A Book is not just for Christmas

Getting to Know You: Jonathan Tonge