In mid-October, the Victoria Gallery & Museum hosted the Liverpool Literary Festival, with one of the main events being ‘Sarah Perry Reading and in Conversation with James Naughtie’. Audience members were treated to the author discussing and reading from her new novel, Melmoth.

Perry rose to literary fame with the number one bestseller, The Essex Serpent, which was nominated for various literary awards, including being named Waterstones Book of the Year in 2016. Her debut novel, After Me Comes the Flood, won the East Anglian Book of the Year Award in 2014. There is no doubt that Melmoth will receive similar attention following such success.

Melmoth takes its inspiration from Charles Robert Maturin’s 1820 novel, Melmoth the Wanderer. It is rewritten in a contemporary setting, and the character of Melmoth has been transformed into a woman. Perry ‘tricks’ the readers into believing that her story is the original. It is framed to look like Maturin rewrote her novel. Sticking to the original genre, Melmoth is the third and final novel in Perry’s Gothic trilogy. Perry describes the Gothic as both seductive and repulsive; it emotionally draws you in. This alone convinced me to pick up a copy on my way out of the event.

Perry dedicated a large portion of the conversation to the art of story-telling. Being brought up in a religious sect gave Perry unlimited access to stories. The Bible inspired her; it taught her how to read and pass on these tales. She believes story-telling is one of the only means available to make sense of ourselves; and it is the next basic impulse after hunger and desire. It was only natural for her to occupy a space in this sphere. Perry pauses to thank Thomas Hardy’s Tess of the D’Urbervilles for being her literary inspiration. It was a ‘miracle’ to eight-year-old Perry as it gave rise to feelings she had never felt before. It was her duty to carry on this ‘magic’.

Towards the end of the conversation, Perry was asked whether the #MeToo Movement played a part in the writing of Melmoth. As drafting started before 2017, it was not a direct influence but the author believes the novel can be read through that lens. Legends say that Melmoth was one of the only females to witness Christ’s resurrection, but she learnt to deny it. Other women were ridiculed for speaking the truth. As punishment, Melmoth was sent to wander the earth alone. The narrative that women are punished for being scared to speak the truth in fear of the consequences is familiar territory even now.

Despite being ‘trapped’ in the Gothic form, Perry wishes to write a fictional novel based on her childhood. She relapses moments later, though, to say that she would love to write a story with both a good and bad supernatural force – which is something she believes is missing from Gothic sensation. No matter what she chooses to write next, it will undoubtedly be an instant success.

Melmoth is available to buy now from local and online bookshops. 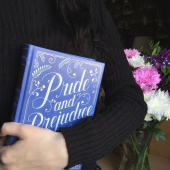 Lauren is an English graduate from LJMU, a Victorian Lit Masters student at the University of Liverpool & a regular book blogger.

Not Adverse To Verse