Exhibxtchin’ is back, promising a night of unapologetic woman power and a fierce, feminist soundtrack. On 5th December, Exhibxtchin’ is set to take over one of Liverpool’s hottest venues, 24 Kitchen Street. Get ready to party from 10pm-3am as the expected all-woman line up delivers the best beats for a boogie!

This year Exhibxtchin’ is celebrating its first birthday with a new line-up of DJs including Cat Millar, Nina Franklin of Melodic Distraction and Abbie Morris of Humble Abode. Expect disco, R&B, Hip Hop, Motown and Indie, with a sprinkling of favourites such as Aretha Franklin and Stevie Nicks.

Exhibxchin’ is a party with a purpose. The event fundraises for Rape and Sexual Assault Crisis (RASA), an organisation supporting victims of sexual assault in Liverpool. Exhibxchin’ has worked wonders, raising nearly £3000 for RASA.

Founded in 2017, Exhibxtchin’ was created as a reaction against sexual harassment on nights outs. To tackle this issue, UoL Feminist Society representatives Lucy Pilling and Alice Churm organised the first club night last year with huge success. Exhibxtchin’ aims to promote a feminist clubbing culture in Liverpool. To do so, the event supports women-identifying DJs and performers and provides a safer party space for people of all genders.

Today Exhibxtchin’ is organised by eight driven women from a variety of creative backgrounds including photographers, writers, performers, artists and DJs. For example, the event’s fantastic artwork is by former Sphinx editor and writer Beth Blandford, be sure to check it out! The Exhibxtchin’ team has grown into fun and welcoming community, working together to bring another inclusive feminist night to Liverpool.

Tickets are available on Skiddle and are, as expected, selling fast. Get yours here.

It wouldn’t be university without registering your interest in the Facebook event.

For more of Beth’s artwork, see her Instagram: @blandoodles

To find out more about the incredible RASA: https://www.rasamerseyside.org/ 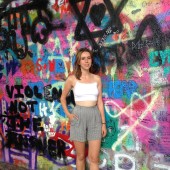