The Case for a People’s Vote on Brexit

On our current trajectory, the UK will leave the EU on March 29th. As that day approaches, it is becoming more and more clear that we cannot leave the EU in a way that won’t be harmful for the UK. We didn’t know this would be the case when we voted to Leave. Now we know what leaving actually looks like, we need to have another vote to decide whether we really want it or not.

The Leave campaign made lots of assumptions and promises, harnessed frustration and disenfranchisement with wider politics and used populist ‘them against us’ rhetoric to persuade people to vote leave. We were told that an extra £350m per week would be gained to spend on the NHS, and we were told that we would be able to trade easily with our friends in the EU as well as striking our own trade deals with other countries. European immigration was painted as a problem, often with the use of xenophobic language, despite the fact that EU migrants provide a net economic benefit and that less than half of foreign-born UK residents are from the European Union anyway.

And whilst the remain campaign did make its own exaggerations about the risks of voting leave, the outcome of the negotiations have shown the exciting promises of a glossy future outside the EU to have been fantasy: Despite both the EU and Theresa May saying that her deal is the best we’re can get, both the Brexiteers and the Remainers are unhappy about it. One key problematic area is the economy: the Government itself has acknowledged that the UK will be economically poorer under any form of Brexit! It appears to be clear that the UK is going to be financially worse off if we go through with this.

Sure enough, polls suggest that the minds of the electorate appear to have changed. A YouGov poll carried out from 28th-29th November this year found that 54% of people would vote to remain in the EU in another referendum (excluding people who didn’t know, wouldn’t vote or refused to answer.) That’s a 6% swing towards Remain, and a bigger majority for Remain than the one Leave had in the 2016 referendum, and a poll by Survation and Channel 4 on the 5th of November yielded the same 54% result.

Additionally, a mid-December YouGov poll found that 56% of people think that the decision on Britain’s membership of the EU should be made by the people in a referendum rather than MPs in Parliament. The same poll found that if there were a public vote, and the choice were to stay in the EU or leave on the terms recently negotiated by the Government, then 59% of people would choose to stay in the EU (excluding those who said they don’t know or wouldn’t vote.)

So, the Leave Campaign was clearly wrong in its promises of an easy and successful future. Recent polls, whilst not a definite indicator of how people would vote, seem to be indicating that people would today vote for Remain. However, the real sticking point for some people is that a second referendum could be seen as undemocratic. In the words of prominent Leave campaigner Michael Gove, a second referendum “would confirm in the minds of many that the establishment is willing to give you a choice but if you make the wrong choice then you have to choose again.” This is something I’ve really struggled with, and it’s made me question whether a second referendum would be fair. But there are a few ways of looking at it that have made me realise that Gove is wrong and that another vote would actually be more democratic.

Democracy is supposed to be a continual, dynamic relationship between the government and the people that they represent. If people have changed their minds then they should be able to tell this to the government. That’s what democracy is for. Equally, if the polls are wrong and the national mood in light of the negotiations is still to choose to leave, then the vote will show that. In the words of David Davis, if “a democracy cannot change its mind, it ceases to be a democracy.”

Furthermore, Gove’s implication that the establishment is trying to overturn the 2016 result is a con. Look at the prominent names that campaigned to leave. You’ve got Nigel Farage, multimillionaire career politician who tries to present himself as a man of the people. You’ve got Boris Johnson of Eton college and the University of Oxford, whom many people believe campaigned for leave because he wants the keys to 10 Downing Street (something that he refused to deny on the Andrew Marr show recently.) You’ve got Jacob Rees-Mogg; Eton and Oxford-educated millionaire who is married into the aristocracy.

I’m not saying there’s anything wrong with going to Eton or Oxford, or with being rich. I am saying, however, that Michael Gove’s suggestion that the establishment is trying to stop Brexit is ridiculous when you look at how much those who campaigned for Brexit are part of the establishment. Don’t fall for the Brexiteer lie that they’re campaigning for the common people against the establishment.

The case for leaving really was an absolute sham. Multi-millionaires pursuing personal political ambitions somehow managed to convince the electorate that the best way to become a global Britain was to renounce our position as a leading member of the world’s biggest trade bloc. I mean, really? Do you remember the leave campaigners talking about prolonged negotiations, a divided government, a hefty divorce bill, the Irish border and backstop, or the difficulty of a free trade relationship without customs union membership? No. Just xenophobic, divisive promises of a better future and unsubstantiated waffle about Britain’s ‘independence day.’ They talked the talk but that vision doesn’t seem to be working out.

We are stronger together. Stronger with a seat at the table. Stronger inside Europe than out of it. Public opinion is shifting, and the people have the right to change their minds now that they know what they’re voting for. The assumptions and exaggerations of the campaign to leave have come to light. We need a people’s vote before it’s too late. 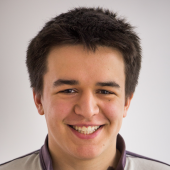