300 Bikes: A Campaign to Improve Cycling Infrastructure in Liverpool

When people think of Liverpool, they’re likely to conjure up thoughts of The Beatles, or the thriving student community, but bikes are unlikely to spring to mind. Why? For one, Liverpool’s cycling infrastructure is not prioritised like other transport systems in Liverpool. With no more than two significant routes designated for cyclists, and as more people begin to cycle, this needs to change.

Change: this is what the group ‘Citizen Cyclist’, leader unknown, campaigned for on Saturday morning.   A large number of people, with bikes in tow, gathered on the frosty doorstep of St George’s Hall. They were ready to show strength and solidarity, by riding from St. George’s to Mann Island, passing Liverpool’s Town Hall on their route. As 2019 is set to be ‘The Year of the Environment’ in Liverpool, this event is hopefully one of many catalysts that will lead to changing attitudes in the city.

I spoke to the chair of Merseyside Cycling Campaign (MCC), Alan Johnson. He gave me more information about this event, and shed some light on the issues that cyclists face on a day-to-day basis.

Why are you doing this today?

The primary reason here is a frustration from cyclists in the city region that not enough is being done to accommodate our needs, which are decent infrastructure, and to encourage and regulate better driving behaviour. The city could be a fantastic cycling city, it’s potentially an easy place to cycle around. Unfortunately, over many years, though cycling has increased, it’s increased despite the lack of effort from local public bodies to improve the cycling infrastructure. This frustration is increased by the fact that there are some really good ideas from offices in the public bodies, but unfortunately it doesn’t seem like the political leadership is taking place. Hopefully that is going to change soon, and those ideas will be converted into some proper cycling facilities and better regulation of poor driving behaviour.

Do you think drivers are not used to cyclists, is that the problem?

I think there is a problem with, not everybody, but I think there is a problem with some people when they’re driving. They don’t expect to see cyclists and they don’t know how to behave around them. It’s possibly because of a lack of training, and a lot of them don’t ride bikes themselves so they don’t know how to overtake someone in the most polite way. There is a hard core of people who I would describe as prejudiced against cyclists. I don’t understand why, but they are, and I think often the infrastructure isn’t designed to discourage this poor behaviour. I think there is a lot that can be done, but I think we need the political will, and bolder, brave decision making from local politicians.

Do the local politicians know that you’re doing this today

I believe so, but as is often the case, they will say they’re very busy and unable to come. I do appreciate today is very cold and icy so I understand that, but I think we do need more politicians who really lead on cycling and champion cycling. I know it’s happening nationally with some politicians but locally there’s not enough, and I think we need more local politicians actually riding bikes.

Do you think the city’s infrastructure makes it dangerous to cycle in Liverpool?

I don’t think cycling is necessarily dangerous but I think the perception is the problem. People feel in danger, and that’s often because of lack of courtesy from drivers, and also because the infrastructure isn’t clear and comprehensive. But it could be a lot better, it really could.

Are there any future events you’d like to promote?

There will be some under the Year of the Environment, we’ll be publicising some bike rides. I can’t tell you exactly what they will be, but Merseyside Cycling Campaign’s website promotes events on a regular basis, and also on most forms of social media. I encourage anyone who’s interested in supporting cycling to join MCC because it’s free, and the more people that give a voice to cycling, the more likely we are to bring about change. That benefits everyone.

Do you think you need more young people to join?

We certainly do. I think there are a lot of young people cycling but probably not as many getting involved in political campaigns like this, and I would welcome them to come along because cycling is a great activity. It’s not expensive, and it gives you so much empowerment and liberation in getting around the city, it’s brilliant.

What’s the best way to get involved?

I would suggest liking our Facebook page, or visiting the website and asking to join us. We will get in touch with you and suggest all the things you can do. It can be anything. You don’t have to be sitting in a meeting talking, you can be doing something fun: organising an event, helping out during an event, doing some photography or art, anything. It’s all about promoting cycling.

From Alan’s words, it is clear that this campaign is of great importance in bringing about political change in the city. Though the desired number of 300 was not reached, this large body of cyclists showed solidarity and determination regardless. This event highlighted one of the important issues in Liverpool that needs to be more widely discussed, in line with Liverpool’s 2019  ‘Year of the Environment’. Perhaps, change is in the air. 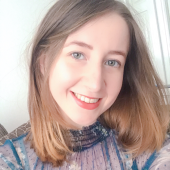 Studying towards an MA in English Literature, I'm from Liverpool and care deeply for the environment, but I also have an interest in literature and art.