International Women’s Day: On the Basis of Sex | Review

A fighter, a mother, a wife, a Harvard Law student, a professor – the true story of Ruth Bader Ginsburg is one of female empowerment, perseverance and defiance. Director Mimi Leder portrays the incredible story of a woman who changed history on the basis of sex and discrimination. Alongside her husband, the astute Martin Ginsburg (Armie Hammer), and with the backing of the American Civil Liberties Union, On the Basis of Sex depicts the battle against the Court of Appeals on the ground-breaking tax case involving Charles Moritz.

Far from a simple courtroom drama, The Theory of Everything (2014) actress Felicity Jones plays the feisty young Ruth ready to take on the struggles of gender discrimination that existed around the 1950s in her days at Harvard Law. In a class of five-hundred men, only nine are female. Yes, nine. Ruth, with her intelligence and determination, fights till the very end for herself, her husband, her children, and most importantly for women. This story needs to be celebrated; without Ruth Ginsburg the issue of gender discrimination may well have been very different in the 21st Century. Recognising the cultural changes that were happening in 1970s America in the minds and attitudes of women, such as her daughter Jane (Cailee Spaeny), Ruth’s tenacity takes the issue of gender discrimination to the Court of Appeals where – now minds have been changed – the law can now follow suit. The film’s climax builds as the case of Charles Moritz goes to court. Moritz’s case raises the issue that a male caregiver is denied tax deduction under the eyes of section 214 of the Internal Revenue Code, since being a caregiver is (supposedly) a ‘woman’s job’. This paved the way for other laws that also included forms of gender discrimination to be denounced as unconstitutional. Teary-eyed yet courageously spoken, Jones gives a brilliant performance in her court case speech arguing the need to set right the wrongs for equality for all genders.

The film does, however, focus on a small fraction of Ruth Ginsburg’s success and though critics have deemed it slow-paced, the opening scenes nicely set up the story for audiences to track the hardships and challenges from her university days to her career as a professor, and finally a lawyer. The film’s greatest strength is how it balances Ruth’s personal life and career life, without being overly sentimental nor prolific in confusing legal jargon. Armie Hammer, most known for his double portrayal of the twins in The Social Network (2010), plays Ruth’s supportive and charismatic husband. With their lives strained by his diagnosis of testicular cancer, Marty’s fighting power is seen to spring from his wife’s support and willpower to fight anything that comes in their way.

Highlighting some harsh realities of how much sex-based discrimination existed in recent years, On the Basis of Sex is definitely one to watch. Ruth Bader Ginsburg herself makes an appearance in the closing of film, giving audiences a real opportunity to celebrate her inspirational story that changed the course of history and progressed the fight for gender equality forever. 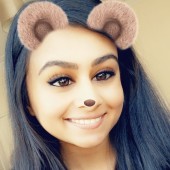 Third year English Literature and Language student at the University of Liverpool.