It’s that time of year again! Liverpool’s annual Varsity event takes place next week, with UoL looking to take home the title for the 7th year in a row!

The action gets underway on Monday night, with the Men’s and Women’s Hockey second teams both in action at Wyncote Sports ground, while the Sports and Fitness Centre will host karate, swimming, trampolining and volleyball.

The 2018/2019 BUCS Northern 2A Champions, UoL’s men’s Basketball team, will kick off Tuesday’s action, at Greenbank Sports Academy, at 6:30 PM, facing off against a John Moore’s who finished bottom of their league this season. This will be followed by the Netball first teams, with UoL looking to bounce back from a 5th placed finish in Division 1A this season, while John Moores finished 2nd in Division 2A.

Tuesday also sees the men’s Cricket first team in action, with play starting at 6pm at St Margarets School. With cricket being a summer sport, the Liverpool University Cricket Club will be looking to pick up a good result against their old rivals, in what is essentially a pre-season game, albeit an important one!

With Wednesday’s being the traditional day for University Sports, it won’t come as a surprise that there’s plenty of action to feast your eyes on. The action-packed day tees off at the Royal Liverpool with Golf, while at the Liverpool Tennis Centre, the Men’s and Women’s competitions get underway at mid-day!

The Liverpool Raptors,  face the Leeds Gryphons in the BUCS Northern Conference American Football Final. The Raptors picked up their first win against John Moores’ Fury last year, and will be looking to continue their fine run of form, on both Saturday and Wednesday. Kick off is scheduled for 1:30 PM, at Wyncote Sports Ground. If you’d like to read more about the Raptors, we’ve covered them earlier on this season.

Throughout the rest of the day, you’ll be able to catch up with the action at a range of venues. The Sports and Fitness Centre will play host to the Badminton (Men’s and Women’s), Women’s Basketball, Jiu Jitsu, Netball (Second Team) and Squad (Men’s).

UoL’s climbing team will be in action at 1PM, with their event at The Hanger. While the Men’s and Women’s Rowing will get underway at the same time, at Queens Dock. Just an hour later, the Pool will be getting underway at Rileys Pool Bar, followed by Handball at the IM Marsh Sports Hall, at 2 PM.

As expected, Wyncote Sports Ground is the centre of this year’s Varsity action. In the football, the Northern 2A Champions, UoL’s Women’s team, will be kicking off at 3 PM, at the same time as their male counterparts. If that’s not enough football for you, both the Men’s and Women’s Second Teams will be in action at 1:30 PM, also at Wyncote.

The action doesn’t stop there, though. If you head down to Wyncote on Wednesday you’ll also be able to catch the Hockey First Teams in action, as well as three Rugby matches. The Men’s Rugby Union First Team will be kicking off at 1:30 PM, before the Men’s Rugby League Team and Women’s Rugby Union Team kick off at 3 PM.

If even that’s not enough sporting action for you, then you’ll still be able to get your Varsity fix at Wyncote. The Gaelic Football throws-in at 1 PM, before the Ultimate Frisbee at 3 PM. Last year, UoL took home the Varsity Title with a final score of 86-59. The pressure is on for our students to rise to the challenge and defend the University’s title, but after all, diamonds are made under pressure! 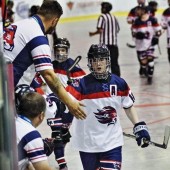