Liverpool is hosting a wide range of events for St. Patrick’s Day this weekend. The Sphinx have put together a selection of the one’s you won’t want to miss.

Grand Central Hall, known for its Grand Bazaar Food Hall, are offering a range of live music including performances from: Conleth Mcgeary, Shea Doolin and the Liverpool Irish Flute Band.

The Baltic Market are going all out for St. Patrick’s Day this year, expect the usual local food stalls, an Irish Whiskey pop-up bar, a Guinness take-over and some craic-ing Irish music.

Where: The Baltic Market, 107 Stanhope St, Liverpool L8 5RE

£: FREE entry for Thursday and Sunday; £3 on the door for Friday and Saturday

‘Ireland’s coming to Camp and Furnace!’

Start your day the Irish way! Full Irish cooked breakfast washed down with a pint of Guinness.

Expect all the greatest Irish hits including: The Pogues, Drop Kick Murphys, Bewitched and everything in-between.

Image from The Guide Liverpool 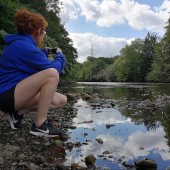