Tips and Tricks for Volunteering or Working Abroad

Applying for any volunteering programme or job abroad can be daunting to say the least. It takes an immense amount of planning, determination and courage to get through the application process and day-to-day work, let alone the travelling on top of that. But it can also be incredibly rewarding and a valuable lesson in independence. I sat down with Joe, a second year English student, to find out about his experience working abroad in America, what he learnt from it and his tips and tricks!

Could you describe your job abroad and the application process involved?

Last year, I applied to Jewish Camps USA, who send around 10-20 British students to different camps across America every summer. They get more than 100 applications a year based on people’s specialities and skills. I had a Skype interview where they asked me standard interview questions, and then in April there was a meetup in London for everyone who was going to be working at the camp, which was really helpful in initially getting to know my future colleagues and friends. The following month I travelled down to London again to the US embassy to complete my visa application, which required a lot of preparation (including a massive form). Once this was sorted, I booked my flights for June, flying from Manchester to Seattle, before landing in LA and being driven to the campsite. So all in all, the application process took several months but was fairly straightforward.

The job itself involved minding children for several weeks at a camp. Every summer camp has a different age range of kids and you can choose what age range you prefer – mine was 6-16 year olds but I started off working with 6-10 year olds. Once we arrived there there was a training week, followed by a two week long session with one group of kids, before a new group came in the second session and then the same with the third session. We got one day off a week and two day breaks in between sessions – I mostly just used these to sleep which I would strongly recommend doing. There were many roles for counsellors, such as lifeguarding, ropes course instructors, gardening and working with animals. I was a full-time counsellor myself, meaning I looked after the children and during my hours off I came up with activities for them to keep them entertained and engaged while helping them to bond with each other. As a counsellor you’re with the kids night and day, so you really become close with them.

What was the experience of working at the camp like?

I was really nervous but I ended up getting on well with everyone. The camp prides itself on inclusivity, and so all of the counsellors were a really diverse group. Not everyone was Jewish and there were varying levels of Judaism. The camp itself is multinational, having historical links with Britain and Israel and there were England and Israeli Days every session to celebrate these cultures. The counsellors themselves were from all over the world, including Canada, Ireland and Mexico. This was so instrumental as now I know that if I ever go to any of these countries, I have people I can meet and stay with. The experience has given me contacts and friends who I still keep in contact with months later. This was strengthened by our road trip after the summer camp job ended, where we all travelled around the country from Vegas to San Francisco to LA.

What was your favourite thing about the experience?

It really helped me to step outside of my comfort zone. American camps are crazy so you have to leave your dignity behind – the weirder you are the better! The more you embrace the singing, dancing and embarrassing yourself the better time you’ll have, and the kids love it in their respite from their parents. Don’t be too cool for camp.

Another favourite thing was all of the people I met and became so close with. If I had a problem the support from my friends helped get me through, which is so vital when you’re far away from home.

What tips do you have for students preparing to volunteer or work abroad as you did?

If Joe’s experience doesn’t make you want to immediately apply for a volunteering scheme or job abroad, I don’t know what will. If you’re interested go for it – you won’t regret it! 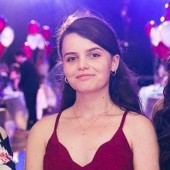